Maharastra state road transport corporation (MSRTC) -the state-owned transport body- will celebrate its 74th anniversary on Wednesday and enter into the diamond jubilee year. On June 1, 1948, the first bus service of MSRTC was launched on the Pune-Ahmednagar route. To celebrate the historical day, the corporation will launch its first-ever electric bus on June 1, 2022, on the same (Pune-Ahmednagar ) route and Laxman Kevate, the conductor of the first bus that operated on the Pune-Ahmednagar route on June 1, 1948, will flag-off MSRTC's maiden e-bus service of the corporation on Wednesday. Deputy chief minister Ajit Pawar and other dignitaries are likely to present at the premises of the corporation's regional office in Pune on this occasion.

Chief minister Uddhav Thackeray is likely to join the function through a video link.

In start, the transport body is going to operate 6 daily services with a 12-meter long e-bus having a seating capacity of 43, on the Pune- Ahmednagar route. This bus will run at a speed of 80 kmph.

On one charge, these e-buses can go up to 200 to 250 km as per the load factor and the number of passengers travelling.

"In the next couple of months e bus service will be introduced on other prominent intercity routes of the states such as Pune to Mumbai, Pune to Kolhapur and Pune to Aurangabad in phase manner," said an official.

These electric buses are pollution free. Along with zero emission, these buses are zero noise. In addition, these busses are equipped with GPS devices, ramps for the differently-abled, panic buttons, CCTV cameras and other security related facilities.

The MSRTC was constituted on June 1, 1948, as the first bus was flagged off and ran from Pune to Ahmednagar. Since then, the organisation has grown across the state and currently, there are nearly 1 lakh employees working at 248 depots across Maharashtra. MSRTC is one of the biggest state-owned public transport undertakings in the country with a fleet of over 16,000 buses. The loss-making corporation had been ferrying over 65 lakh passengers daily before the outbreak of the pandemic in March 2020. 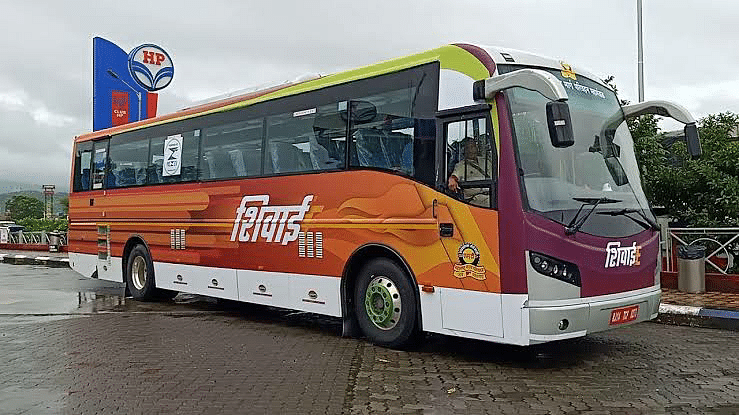