Sarma said that his government will provide land for the development of Maharashtra Bhavan while Shinde agreed to allocate land for the proposed construct Assam Bhavan.

Mumbai: Amod growing bonhomie, the Shinde Fadnavis government will establish Maharashtra Bhavan in Assam while it has accepted the Assam Government’s demand for the development of Assam Bhavan in the state.

This was decided at the meeting between the state chief minister Eknath Shinde and his counterpart the Assam CM Hemanta Biswa Sarma who met at Guwahati on Saturday evening. Shinde and the ministers and legislators had flown there to fulfil the vow of Goddess Kamakhya.

Sarma said that his government will provide land for the development of Maharashtra Bhavan while Shinde agreed to allocate land for the proposed construct Assam Bhavan.

This is a part of an understanding reached between the two Chief Ministers to strengthen the relationship between the two states and also help growth in industry, trade and tourism.

Shinde acknowledged the help by Sarma

Shinde acknowledged the help by Sarma during their earlier stay in Guwahati during the power struggle especially after they walked out of Thackeray led Shiv Sena. He thanked Sarma for the cooperation and support extended by him and his government during their stay in June.

‘’I was in Guwahati for 11 consecutive days during the power struggle, but then there was a lot of pressure on everyone's mind, but now there is not pressure. Even though it was not possible to give back whatever we got during our stay in Guwahati, the Assam Bhawan will come up in the state as per the demand of Assam Chief Minister,’’ he said.

Sarma praised Shinde and other MLAs who accompanied him for doing work that will raise the name of Mother India.

After realising Thackeray was wrong, he decided to correct that mistake

‘’After realising that the direction of his party (Thackeray led Shiv Sena) was wrong, he took the initiative to correct that mistake, we as the government gave him all the support he needed for that. Seeing the manner and speed with which the Maharashtra government is working today, we are sure that the help we have given was right,’’ he opined.

He announced that the Assam government is ready to provide land for the construction of Maharashtra Bhavan in Assam.

Sanjay Raut targeted Shinde over the construction of Assam Bhavan

In his reaction, the Shiv Sena Uddhav Balasaheb Thackeray MP Sanjay Raut targeted Shinde over the construction of Assam Bhavan in Navi Mumbai.

‘’It is not known what the relationship between the ‘’khoke’’government of Maharashtra and Assam has suddenly developed. The Chief Minister of Assam is a Congressman by origin. He joined BJP after defecting and became Chief Minister. Our present Chief Minister also follows the same method. Therefore, the relationship between the two defectors must have been matched. But now there is no place in Mumbai. There is an Assam Bhavan in Navi Mumbai", said Sanjay Raut on this occasion.

However, BJP Minister Sudhir Mungantiwar responded to Raut’s comment saying that ‘’Maharashtra got a place in the Tirupati temple trust. Uddhav Thackeray’s secretary is trustee. We have Maharashtra Sadan in Delhi.

As Mumbai is the financial capital of the country, other states want to locate in the city. We have less work in other states. But other states have work in our state. Due to this, many states ask for space in Mumbai.’’ 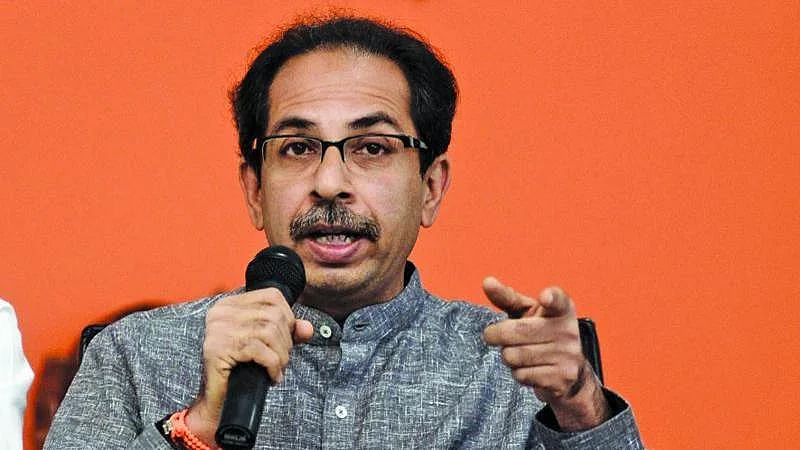