According to the ACB, 773 corruption related cases were registered last year, as compared to 663 cases registered in 2020.
Somendra Sharma

There has been over 16 per cent rise in corruption related cases in the state in 2021, as compared to the cases registered in 2020, the statistics provided by the Maharashtra Anti-Corruption Bureau (ACB) has revealed. While the cases of trap against government officials have seen rise, the disproportionate assets (DPA) cases have seen declined, the statistics revealed. Revenue and Police bags the top two positions as far corruption related cases are concerned.

"The figures should not be considered that corruption has increased in the state. More cases mean that the public in Maharashtra is more vigilant and more ready to give complaints to the ACB and raise their voice against corruption. Citizens approach us by calling us on our office numbers, through ACB website and dedicated helpline number and give us a complaint if they come across any instances of corruption by the government officials. We also take Anti-Corruption drives to create more and more awareness among citizens, especially youth," said a senior ACB official, on the condition of anonymity. 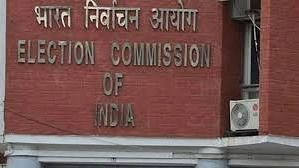 Election Commission cVIGIL app to be used to report corruption: Here's all you need to know about...