'I understand grounds of my arrest': Aryan Khan after his arrest in cruise drug case 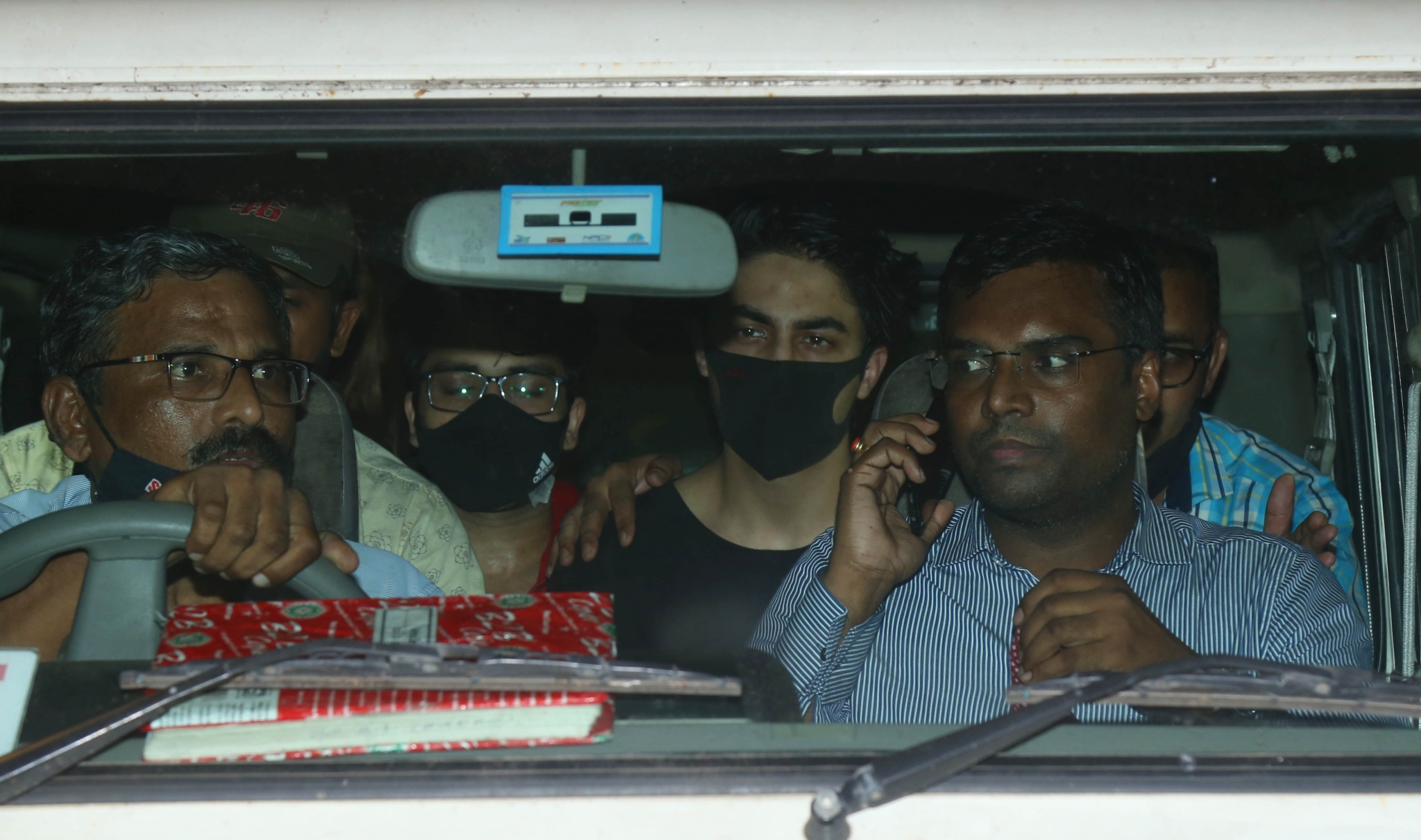 In a sensational development, Aryan Khan, the son of Bollywood mega-star Shah Rukh Khan and producer Gauri, was on Sunday arrested by the Narcotics Control Bureau (NCB) on charges of consumption, sale, and purchase of narcotics drugs.

Besides Aryan, two others have also been arrested in connection with the dramatic busting of a rave party aboard a luxury cruise ship by the NCB on Saturday-Sunday. 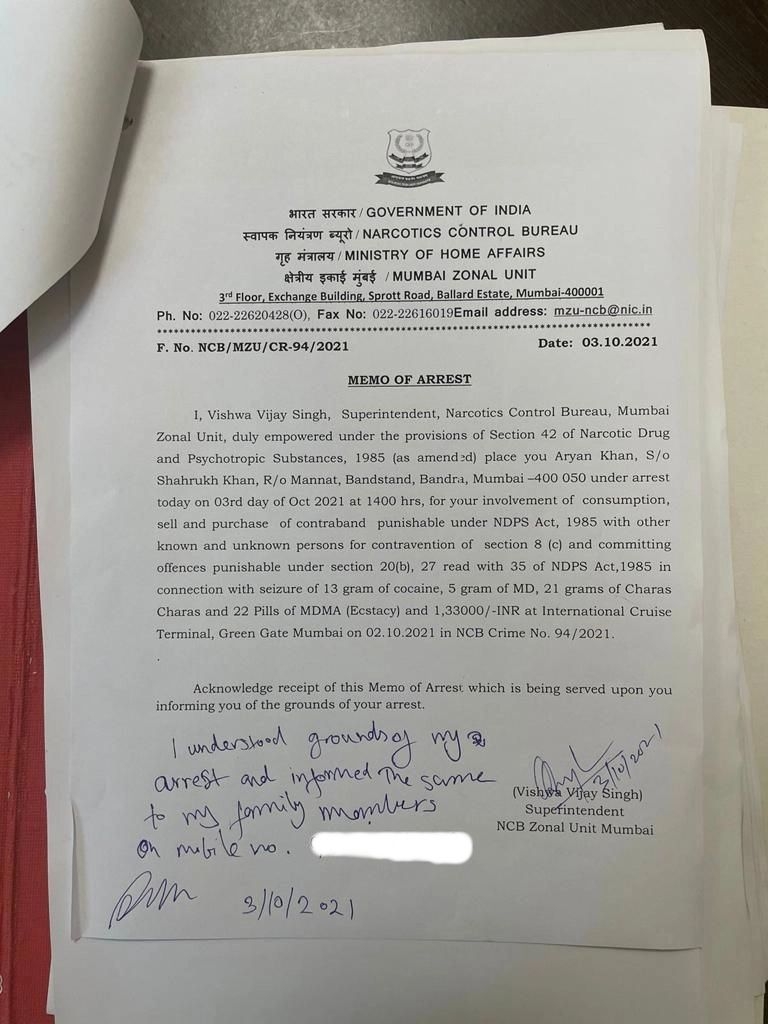 Aryan Khan, 23, said that he understood the grounds of his arrest and informed his family of the same before he was whisked off and produced before the Esplanade Magistrate Court late on Sunday evening.

The star son and two others - who were among eight, including two girls - were detained by the NCB since morning and this evening, Aryan Khan and a couple of others were placed under arrest.

The action came after the NCB's swoop on Saturday evening aboard the Cordelia Cruises deluxe ship as it was preparing for a scheduled Mumbai-Goa voyage, shocking people, especially in the entertainment industry. Watch: As NCB arrests Aryan Khan, SRK's old video advising him to 'run after girls, do drugs, have...