Fadnavis taunts MVA govt as it takes U-turn after hurriedly unveiling unlocking strategy; says there are many 'super CMs' 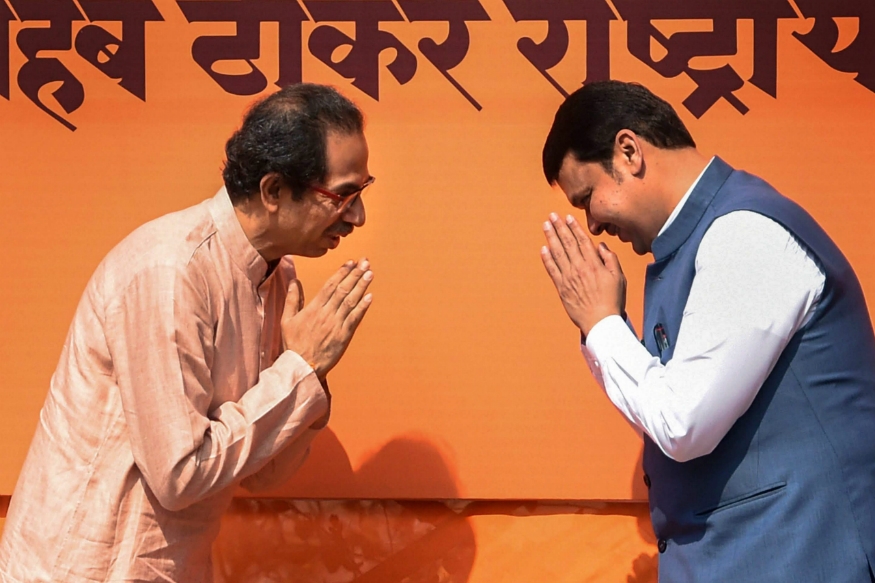 BJP leader Devendra Fadnavis on Friday took a dig at the Uddhav Thackeray-led Maha Vikas Aghadi (MVA) government and its ministers, saying that while there is only one chief minister, there are many "super chief ministers", who make announcements about key policy decisions on their own.

He said several ministers consider themselves as chief minister and try to take credit by making such announcements.

Fadnavis said this in response to a query over the Maharashtra government's clarification on Thursday evening that the existing coronavirus-induced lockdown-like restrictions have not been lifted anywhere, contrary to the announcement previously made by the minister Vijay Wadettiwar.

In any government, a chief minister takes a policy decision or chooses a minister to speak on an important issue.

However, in this government, several ministers speak out even before a statement is released by the chief minister. It is a kind of taking credit out of making that announcement, he added.

"Yesterday's goof-up on unlock announcement happened only due to this, and this has happened earlier also," the former chief minister said.

The Leader of Opposition in the Legislative Assembly said the government's statement on major policy decisions should be conveyed to people in clear terms.

Wadettiwar, minister for Disaster Management, had told reporters on Thursday afternoon that restrictions would be lifted from Friday in 18 out of 36 districts in the state where the positivity rate is five per cent or less and the occupancy of oxygen beds in hospitals is less than 25 per cent.

He had held a press conference after a meeting of the State Disaster Management Authority in Mumbai.

However, a few hours later, the Chief Minister's Office (CMO) issued a statement saying that the existing restrictions have not been lifted anywhere, and added that easing of curbs as per the situation in different areas is only under consideration and no decision has been taken.

After that, Wadettiwar said that only "in principle" approval to phasing out of restrictions was given, but no decision has been taken.

Last week the government had announced that the restrictions, imposed in April this year, would continue till June 15.

Replying to a query over the allegation that the state government was hiding the number of COVID-19 deaths, Fadanvis claimed, "There is a lot of jugglery happening in the number of coronavirus deaths. In Mumbai, of the total number of deaths that occurred due to this infection, 40 per cent have been shown as deaths due to other reasons." Deaths due to other reasons are not more than one per cent anywhere in the country, he said.

Similarly, across Maharashtra, especially in rural parts, coronavirus deaths were not recorded and many people were not tested, he alleged.

When asked about BJP's Rajya Sabha member Sambhaji Chhatrapati, who has been pressing for quota and other demands for the Maratha community, Fadnavis said, "There is no reason to criticise Sambhajiraje as he has always batted for Maratha reservation and asking all to come together on this cause. His stance is not wrong."