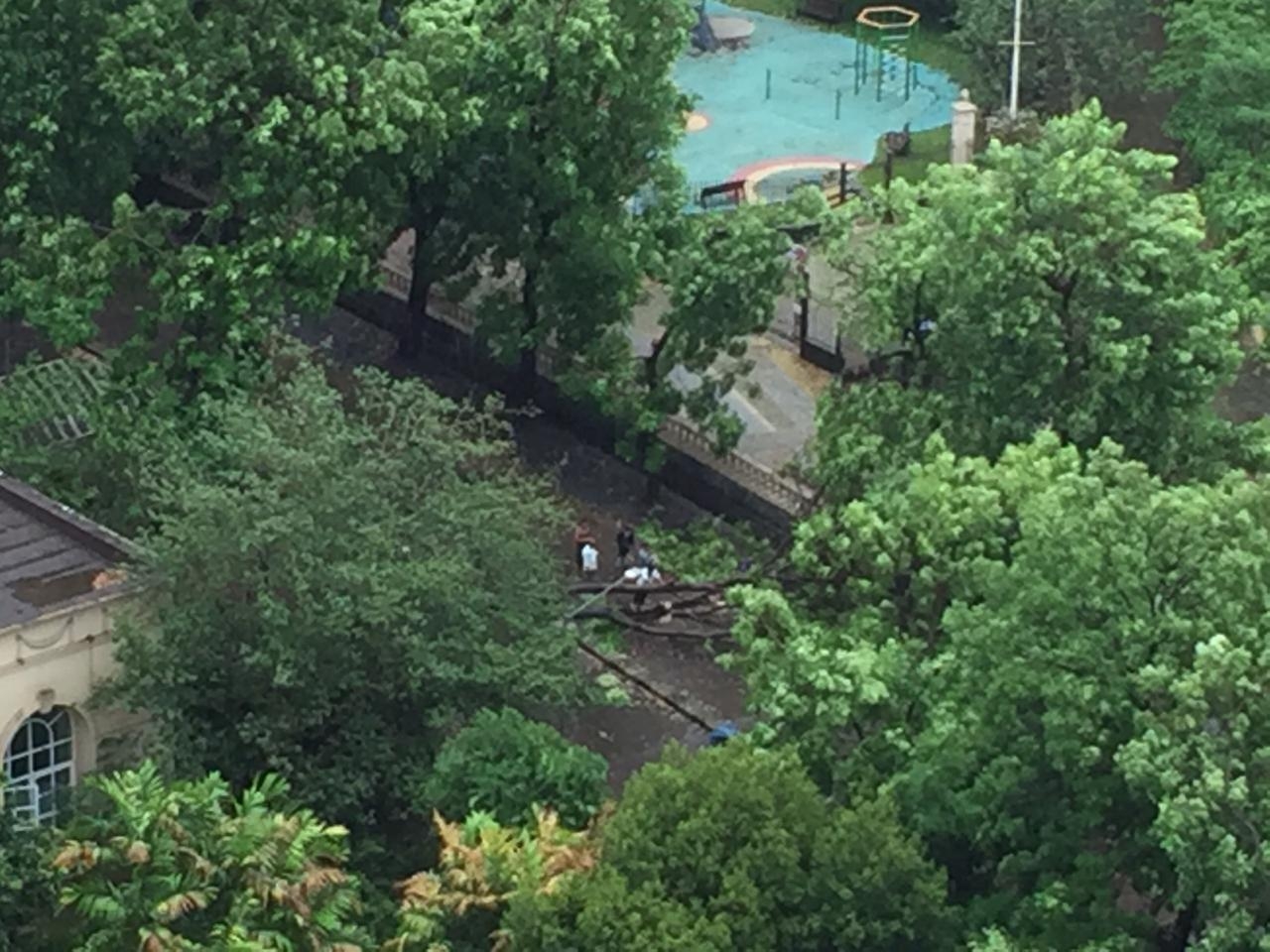 The severe cyclonic storm Nisarga made a landfall at coastal Maharashtra in the Raigad district, 75 kms south east of Mumbai between 12.30 p.m – 2.30 p.m. today. It made the landfall at Latitude 18.5 N and Longitude 73.2 E, just north of the historic Murud-Janjira town. A slight of change of direction towards North Eastwards meant, the impact of the cyclone on Mumbai was less severe than originally expected.

However, the coastal districts of Maharashtra bore the brunt of rough weather condition experiencing strong winds, heavy rainfall, and raging sea surge. Tidal waves measuring up to 6-8 feet lashed parts of coastal areas in Ratnagiri and Raigad districts. Tin roofs erected on the terraces of residential apartments flew away in some places in Raigad and Palghar districts. Alibaug witnessed windspeeds of 120-130 kmph. Power utilities had shut down electricity supply in some parts of Ratnagiri district as a preventive measure. Mobile services were affected in parts of Raigad district. Alibagh recorded a rainfall of 45 mm (till and Ratnagiri 38 mm (till 4 p.m). Anupam Srivastava, Commander, NDRF said a number of trees have fallen in Roha, Revdanda and Srivardhan areas. He said there have been tree falling incidents on the Mumbai-Pune Expressway too, but the traffic flow was not affected.

Mumbai witnessed moderate rainfall through out the afternoon. The windspeed was 26 kmph. Colaba recorded 23 mm and Santacruz recorded 12 mm rainfall (till 4 p.m). Weather began to clear towards the evening. The city also reported a number of tree falling incidents resulting in crushing of vehicles parked below in some places.

Central and state authorities had taken necessary precautions to restrict the damage by Cyclone. NDRF had pressed in 43 teams in the states of Maharashtra and Gujarat. Cyclone preparedness was reviewed at the highest level in New Delhi by the Prime Minister, who had assured of all help from the Centre during his telephonic talks with the CMs of Maharashtra and Gujarat.

IMD says the Cyclone Nisarga is set to move North Eastwards and weaken into a cyclonic storm later tonight. Cyclone Nisarga Impact in Navi Mumbai: How much it rained in Vashi, Khoparkhairne, Airoli, Nerul,...