In the ongoing vaccination drive, Maharashtra on October 4 has vaccinated 5,47,284 people in 4,029 sessions.

According to data released by the government, as of 7 am on October 5 Maharashtra inoculated 8,41,99,054 people.

As per the state government data, 3,07,74,263 individuals aged between 18 and 44 years received their first vaccine dose and 79,34,353 received their second dose since the inoculation drive for this age group began on May 1.

Similarly, 21,44,287 frontline workers in the state have till now received their first vaccine dose and of them, 17,70,285 got their second dose.

As compared to Sunday, when Maharashtra reported 2,692 COVID-19 cases and 41 fatalities, the state witnessed a marginal dip in the count of infections as well as deaths due to coronavirus infection.

With 5,389 patients discharged from hospitals in the last 24 hours, the number of recoveries in Maharashtra rose to 63,86,059, leaving the state with 33,637 active cases, the official said.

Maharashtra's case recovery rate now stands at 97.31 per cent while the fatality rate is 2.12 per cent.

On Monday, nine districts and four municipal corporations in Maharashtra did not report any new COVID-19 case.

At 339, Mumbai reported the highest number of COVID-19 cases in the last 24 hours in Maharashtra and two fatalities, the official said.

Among the eight regions of Maharashtra, the Mumbai region reported the highest 657 COVID-19 cases, followed by 650 cases in the Pune region.

Among the 26 COVID-19 fatalities from the eight regions, the highest 15 deaths were reported from the Pune region, followed by seven deaths in the Kolhapur region and four in the Mumbai region, the official said.

Among 33,637 active patients in Maharashtra, Pune district has the highest number of 8,839 active cases, the official said.

As many as 2,40,088 people are in home quarantine across Maharashtra and 1,355 others are in institutional quarantine, the official added.

Meanwhile, Uttar Pradesh became the first state to have administered over 11 crore doses of the Covid-19 vaccine.

Chief Minister Yogi Adityanath took to social media to congratulate the health team engaged at various levels of the Covid-19 immunisation programme.As per data updated till 9 p.m. on Monday, the total number of doses administered in the state was 11.07 crore.

The nearest contender is Maharashtra where the total number of doses extended is 8.41 crore followed by Madhya Pradesh (6.43 crore), Gujarat (6.20 crore) and West Bengal (5.93 crore). Chief Minister Yogi Adityanath lauded the health workers for putting in their best foot forward and creating new milestones one after another.

"This achievement is dedicated to committed health workers and disciplined citizens. Every eligible person must get their 'Teeka Jeet Ka," the chief minister said. He also thanked Prime Minister Narendra Modi for ensuring the sustained delivery of the vaccine to Uttar Pradesh.In terms of people, 8.85 crore persons have taken the first dose while 2.2 crore persons have taken both the doses.

This speaks for an achievement of 59 per cent and 15 per cent respectively against a target of 15.04 crore.In all, 32 districts of the state have been able to administer more than 15 lakh doses. Lucknow leads with over 39.42 lakh doses followed by Prayagraj (28.77 lakh), Ghaziabad (28.68), Gorakhpur (27.74 lakh) and Kanpur Nagar (26.17 lakh) in the top five.Experts said that the state needs to work on pushing for the second dose.

Meanwhile, 16 new cases and 17 recoveries were reported in the past 24 hours. The state's recovery rate has reached 98.7 per cent while the death rate hovers around 1.3. 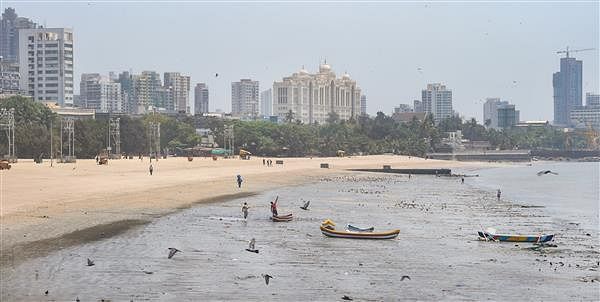