The Mumbai Metro Rail Corporation (MMRC), which is the project implementing authority for the underground Metro 3 (Colaba-Bandra-SEEPZ), initiated high voltage charging (25KV) for the eight coaches of its first prototype train.

According to the MMRC, charging of every train is a daily and never-ending activity and after charging the train at a high voltage of 25KV AC, static functionality tests of all the sub-systems, such as functioning of air-conditioners, the communication system including speakers and the public address system etc. of the train will be taken up. It is only after successful completion of these tests that the train will be ready for the dynamic design proving trials.

The corporation expects to begin initial design proving trial runs of the train in the last week of August in the 3-km stretch of the MML3 tunnel from the temporary facility to Marol Naka metro station.

Meanwhile, the MMRC has geared up with the depot work to begin the operation of Phase 1 as targeted by December 2023. It is aiming to get the depot ready by April next year.

Read Also
Mumbai Metro 3 & 6 will not be integrated with ramp: MMRC 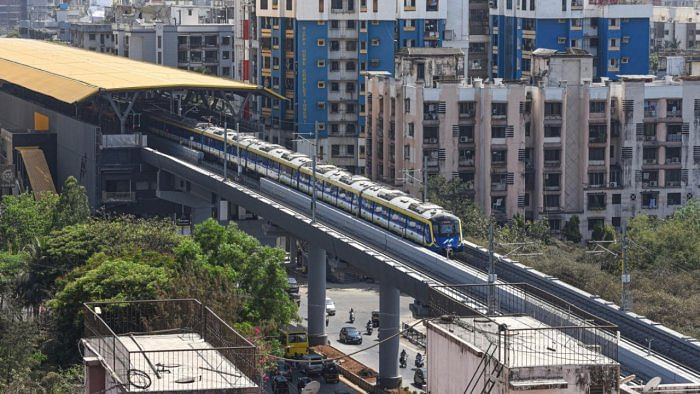