Shinde plunged the ruling alliance in the state into a political crisis today as he rebelled against his party and landed in a Surat hotel along with some Sena MLAs, putting a huge question mark on the stability of the two-and-a-half-years old MVA dispensation.

The dramatic turn of events came hours after results of polls to the state Legislative Council on Monday night, which saw the Shiv Sena-led Maha Vikas Aghadi (MVA) losing one of the 6 seats it contested, to the opposition BJP which got all its five nominees elected to the Upper House, possibly on the back of cross-voting in its favour from the ruling bloc besides support from Independents and MLAs from smaller parties.

The Uddhav Thackeray-led party swiftly moved against Shinde (58), an MLA from Thane district, and removed him as the party's group leader in the Maharashtra Legislative Assembly.

Shinde, who holds urban development and PWD portfolios, has been removed as the Shiv Sena group leader in the Assembly and replaced with Ajay Choudhury, Raut said.

With no sign of any let-up in the crisis, Chief Minister Uddhav Thackeray, NCP chief Sharad Pawar and Congress leader Balasaheb Thorat are expected to meet on Tuesday night to find a solution.

Meanwhile, without naming Uddhav Thackeray, who heads the Shiv Sena, Shinde took to Twitter, his only comment so far since the crisis broke on Tuesday morning, and said he will never "cheat for power" and abandon the teachings of party founder late Bal Thackeray.

Speaking in New Delhi, NCP chief Sharad Pawar, whose party is the second largest constituent in the MVA, said there is an attempt to pull down the Maharashtra government, which he said is happening for the third time.

He also said that Uddhav Thackeray will handle the political crisis, which he described as an "internal matter" of the Sena, which snapped its ties with the BJP and joined hands with the NCP and the Congress to form the MVA government in November 2019.

Read Also
Maha Political turmoil: 'There was unrest in Shiv Sena for over a week', claims NCP leader Bhujbal 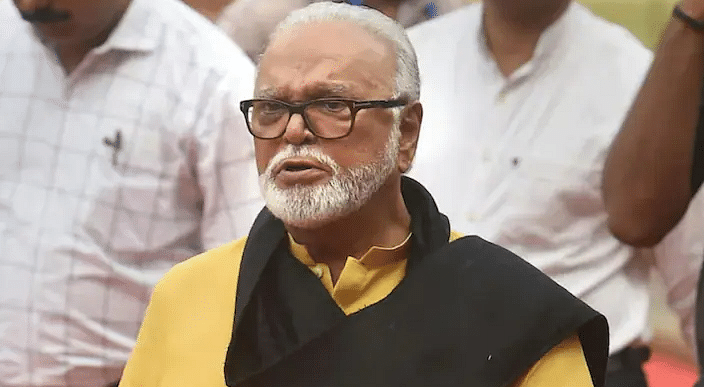