Maharashtra minister and senior Shiv Sena leader Eknath Shinde has gone incommunicado, a party leader said on Tuesday, a day after the ruling Maha Vikas Agahdi (MVA) suffered a setback in the state Legislative Council polls by losing one out of the six seats it contested.

A party leader said Shinde may be in Gujarat along with some MLAs.The leader did not divulge the number of MLAs who could be with Shinde and their details. Shinde wields influence in some of the satellite cities of Mumbai.

Amid all this, Shinde took to Facebook to greet people on International Yoga Day.

"Yoga is the highway to a balanced mind, happy, healthy and prosperous life...," the minister wrote.

The opposition BJP on Monday won all five seats it contested in the state Legislative Council elections for 10 seats, while Congress candidate and Dalit leader Chandrakant Handore lost, in another setback for the MVA after the Rajya Sabha polls earlier this month.

Two candidates each of the Shiv Sena and NCP won, while the Congress managed to bag just one seat.

Ten Council seats were up for grabs and 11 candidates were in the fray for the elections, which came days after the Rajya Sabha polls, which saw the BJP handing an embarrassing defeat to the Shiv Sena-led ruling coalition. 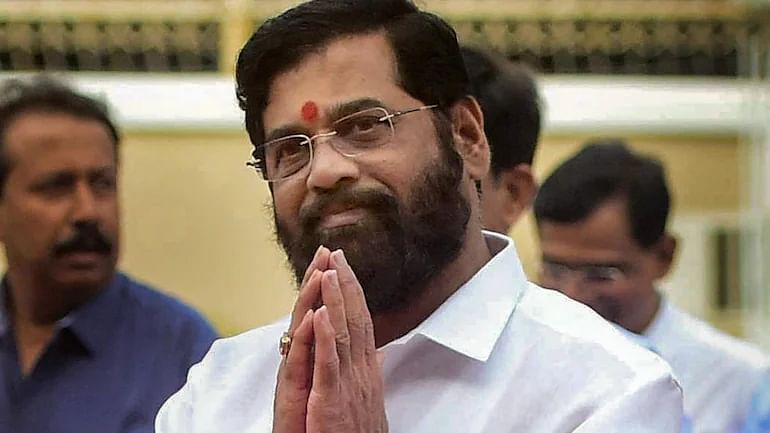