Ajit Pawar had rebelled against the party and took oath as deputy Chief Minister in the BJP government. Ajit Pawar, a member of the State Assembly, is the nephew of NCP President Sharad Pawar. He joined the BJP camp claiming the support of all 54 NCP MLAs. However, 51 party MLAs vowed allegiance to Sharad Pawar, and Ajit was left with just two MLAs supporting him. He resigned as deputy Chief Minister, leaving the BJP’s Devendra Fadnavis no other option but to resign as CM. Ajit has returned to the NCP and his supporters now want to see him as deputy CM. 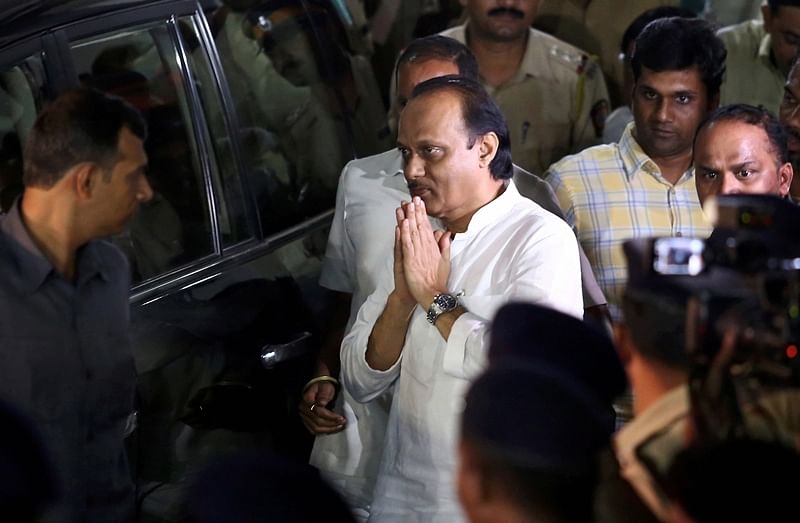 A two-day sitting of the Assembly will begin Saturday. The trust vote will be taken up on day one, preceded by the introduction of the new ministers in the House. On Sunday, the Assembly Speaker's election will be held, followed by tabling of motion of thanks on the governor's address in the House.

The new Speaker will then announce the name of the Leader of Opposition in the Assembly. Governor B S Koshyari has asked Thackeray to prove majority by December 3. The ruling combine has claimed support of 162 MLAs in the 288-member Assembly. The Shiv Sena, NCP and Congress formed the government after the Thackeray-led party fell out with pre-poll ally BJP over sharing the chief ministerial post.

The BJP emerged as the single largest party winning 105 seats. The Shiv Sena, NCP and Congress won 56, 54 and 44 seats respectively in the October 21 polls. NCP MLA Dilip Walse Patil was on Friday appointed as pro tem speaker of the Assembly. He replaces BJP MLA Kalidas Kolambkar who was earlier this week appointed to the post. Walse Patil is a former speaker of the Assembly.