World Malaria Day 2022: Symptoms, treatments, and all you need to know

World Malaria Day was instituted by WHO Member states during the World Health Assembly of 2007.

World Malaria Day is observed to highlight the need for continued investment and sustained political commitment for malaria prevention and control. It was instituted by WHO Member states during the World Health Assembly of 2007.

Globally, 3.3 billion people in 106 countries are at risk of being affected by malaria. In 2012, malaria caused an estimated 627,000 deaths, mostly among African children.

Malaria is a life-threatening disease. It is typically transmitted through the bite of an infected Anopheles mosquito. Infected mosquitos carry the Plasmodium parasite. The parasite is released into a person's bloodstream upon this mosquito's bite.

The symptoms of malaria typically develop within 10 days to four weeks following the infection. In some cases, symptoms may not develop for several months. Some malarial parasites can enter the body but be dormant for long periods of time.

Common symptoms of malaria include:

1. Shaking chills that can range from moderate to severe.

How is malaria treated?

Treatment for the disease is typically provided in a hospital. The doctor will prescribe medicines on the type of parasite that one has. In some instances, the medication prescribed may not clear the infection because of parasite resistance to drugs. If this occurs, the doctor may need to use more than one medication or change medications altogether to treat that person's condition.

Malaria can be a life-threatening condition especially if infected with the parasite P. falciparum.

Certain types of malaria parasites such as P. Vivax and P. Ovale have liver stages where the parasite can live in your body for an extended period of time and reactive at a later date causing a relapse of the infection.

If a person is found to have one of these types of malaria parasites, they will be given a second medication to prevent a relapse in the future. 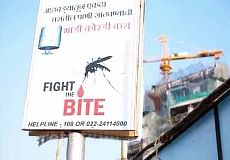