From her laurels, headdresses, and Hermes scarves to handbags, Queen Elizabeth II has been a style icon since her youthful queen days. She celebrated her Platinum Jubilee last week at the age of 96 to be the longest serving monarch in the world.

Some highlights of the Queen’s style through the last seven decades.

Ever since she stepped into the royal limelight, Queen Elizabeth II’s fashion has been an epitome of finesse. She is a long-term supporter of fashion assiduity, especially with her Queen Elizabeth II Award for British Design for upcoming talent. 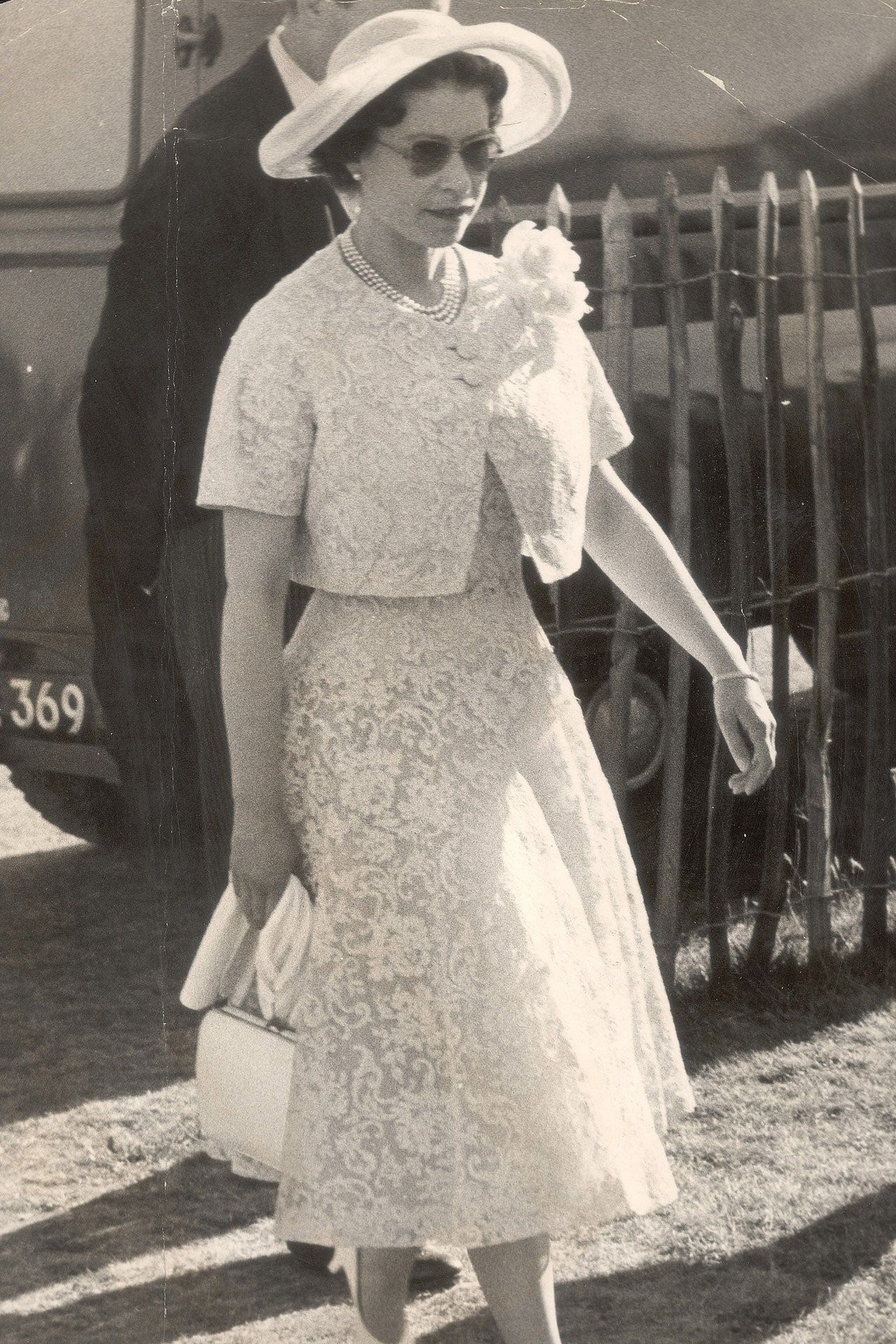 1959: The Queen looked stunning in a lace dress paired with a matching jacket, a flower brooch and her favourite three-layered plum choker for a cocktail party at Windsor Castle.

“Her Majesty has always been ahead of the curve in terms of adapting to new age fashion items in her strictly regulated fashion wardrobe. Her unique fair is quite visible through the decades,” says ace designer Neeta Lulla, who has styled the best in Bollywood and is also a Nation Award winner. She says that “simplicity is always at its regal best” when it comes to the Queen. “Her penchant for striking colours is commendable and always a source of inspiration. She carries a bold neon to pastel macaroon palette with equal ease.” Her choice of pastel blue single piece with floral embroidery trimmings for the celebration day was another classy ensemble.

As a youthful queen, Queen Elizabeth wore the period-defining-A-line-style floral and pleated dresses. She graduated to fitted dresses and skirt suits later for formal setting thereby proving that power dressing isn’t just about pantsuits. Though her oversized sunglasses and cardigan look at races were classic killers as well. Leather breeches while riding or hunting in Scotland were equally stylish and coordinated. “For past few decades her skirt suits are like her uniform but she does it each time with much grace and elegance,” adds Neeta.

Her Majesty’s headgears have always been an integral part of her ensemble that she has experimented with. “Millinery is part of their look and it’s always exciting to see how she creates cool looks with great fascinators,” says Neeta. 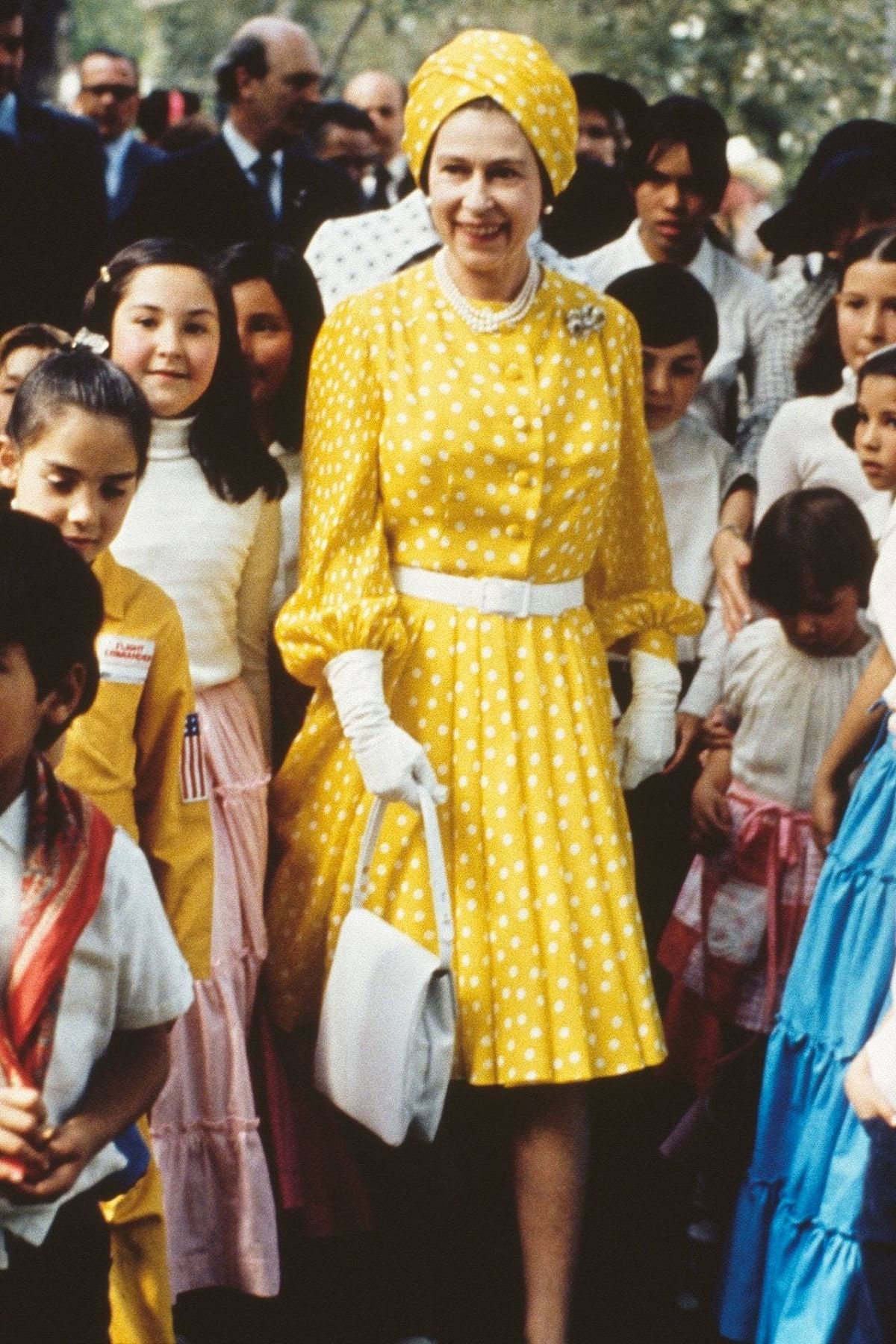 “Her royal jewels are mesmerizing. Her tiara collection fascinates me as a costume designer. Every piece of royal jewellery is a lesson in history,” adds Neeta. Queen and her pearl necklaces go hand-in-hand. She is rarely seen in public without her favourite three-stranded plum choker — a gift from her cherished father, King George VI, who passed away in 1952. What most Royal Family followers do not know is that the Queen actually owns three nearly identical plum chokers that she rotates often. Her Royal Highness’ jewellery collection contains further than 300 particulars, including 98 brooches, 46 chokers, 37 irons, 34 dyads of earrings, 15 rings, 14 watches, and five pendants. But, in the end, the simple, plum choker continues to be her go-to accessory, according to David Douglas’ diamonds and jewellery functionary website. 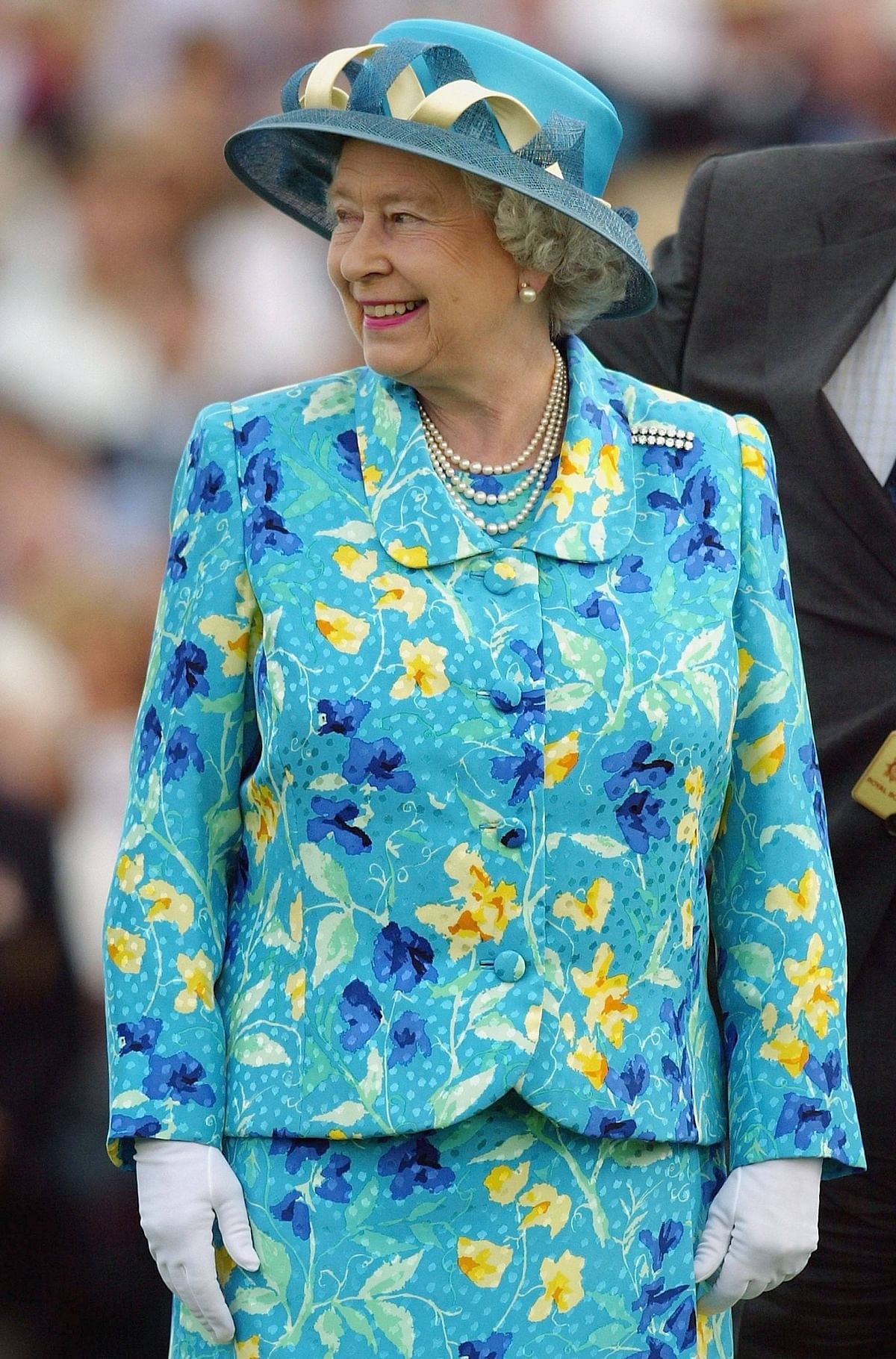 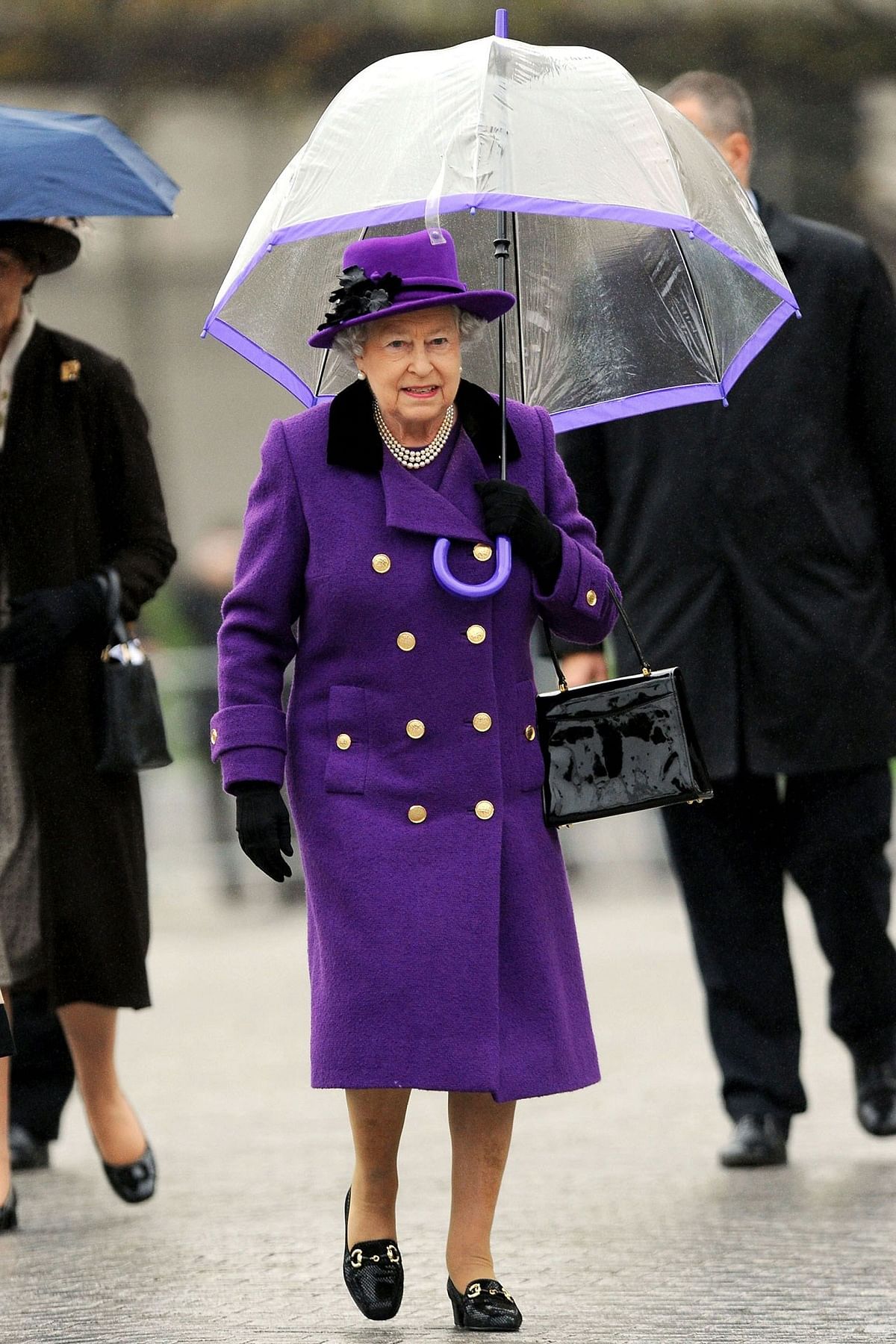 Many designers are mesmerized by her coronation look and Neeta is one of them. “My personal favourite look of hers has to be that of her coronation day,” the designer said. The look was an exquisite presentation of female empowerment with a balanced pinch of divine elegance, Neeta further added. 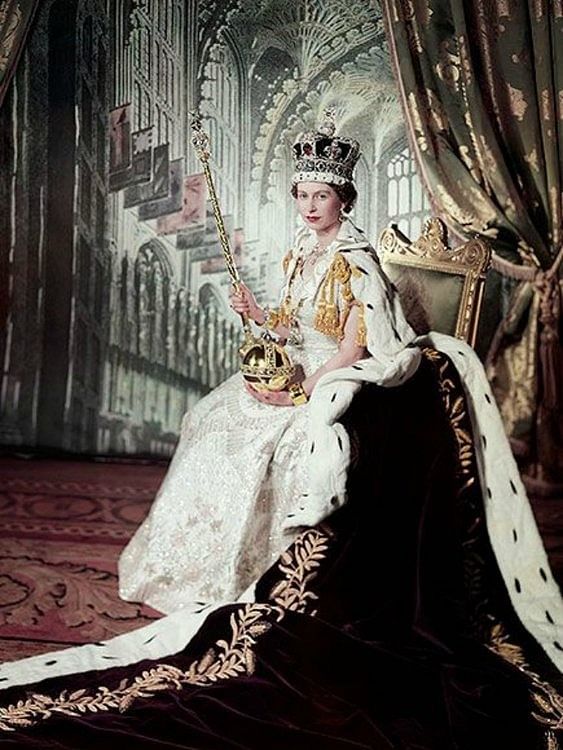 According to the Royal Collection Trust website, the Queen’s coronation dress is regarded as one of the most important examples of 20th century designs, created by a British couturier Norman Hartnell. It was the Queen's wish that the coronation dress should be made of satin, like her wedding dress, with accentuation of regal elegance, but with no undue emphasis on shape. Ordered in October 1952, the gown took eight months of research, design, workmanship, and intricate embroidery to complete. It now is a part of the Royal Collection. 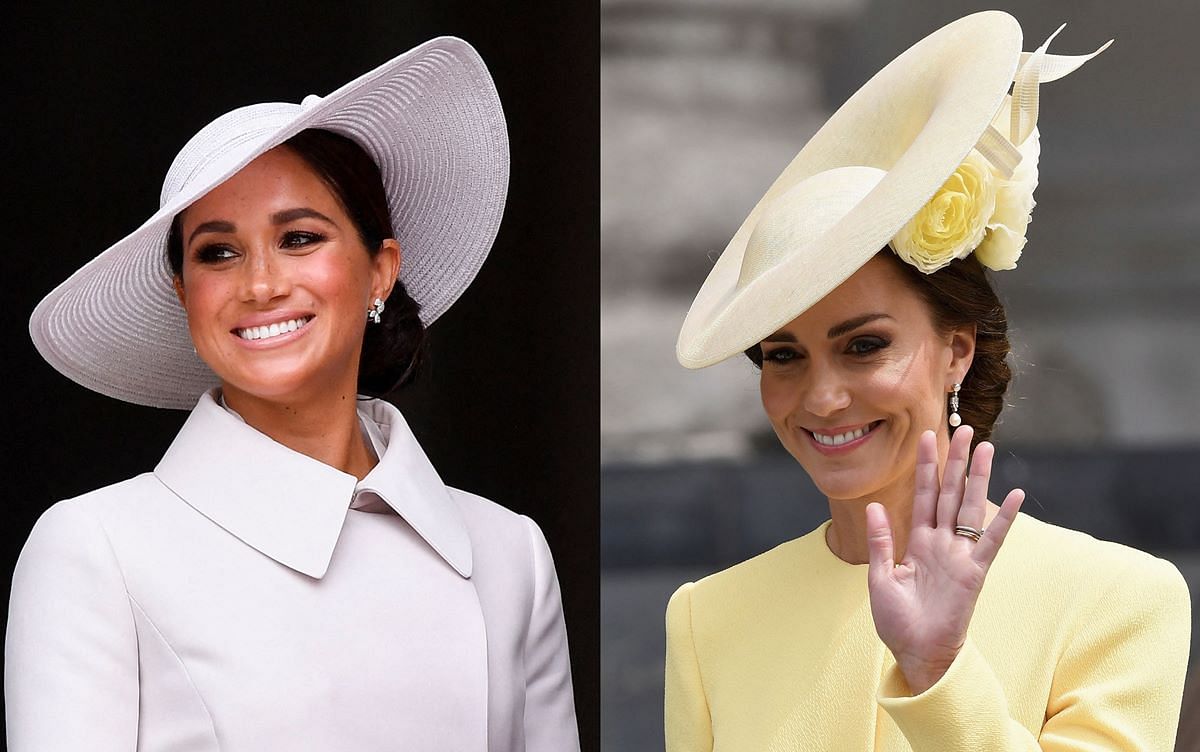