London [UK]: On the completion of Queen Elizabeth's 70-year reign in London, Meghan Markle wore a Dior attire while Kate opted for the brand Emilia Wickstead during their visit to London's St Paul's Cathedral for a special thanksgiving service.

According to People Magazine, Meghan wore a Dior stone white long trench coat and skirt, as well as a matching wide-brimmed Dior hat designed by Stephen Jones, and her hair was swept into an updo as she arrived with Prince Harry.

The Duchess of Sussex, 40, wore Dior gloves and shoes, as well as the Snowflake Snowstorm earrings by Birks, which are one of her favourite pairs of earrings. She worn the earrings before, notably for the Commonwealth Day service in 2020, which was her final event with the royal family before she and Prince Harry stepped down from their senior duties and moved to California. Kate, 40, wore a pale yellow coloured Emilia Wickstead suit with a well-defined waist design and a matching Philip Treacy hat with a hidden floral feature under the slanted brim to provide a ray of sunshine to a dismal day. She had a clutch and gloves on her person. On Friday, several members of the royal family were present. However, the honoured visitor, Queen Elizabeth, was absent.

The king did not attend the Jubilee ceremony due to "some discomfort" at the event owing to persistent mobility concerns, confirmed the palace on Thursday.

"Taking into account the journey and activity required to participate in tomorrow's National Service of Thanksgiving at St Paul's Cathedral, Her Majesty with great reluctance has concluded that she will not attend," the statement said, as reported by People Magazine.

Prime Minister Boris Johnson and his wife Carrie Johnson, accompanied by previous British Prime Ministers David Cameron, Theresa May, and Tony Blair and their wives, were among the visitors. Members of the governing cabinet, as well as Labour leader Keir Starmer, were also present.

On Sunday afternoon, the four-day Jubilee weekend will come to a close with a pageant on the Mall honouring the queen's life and achievements.

Read Also
Meghan Markle says Kate Middleton made her cry, not the other way round 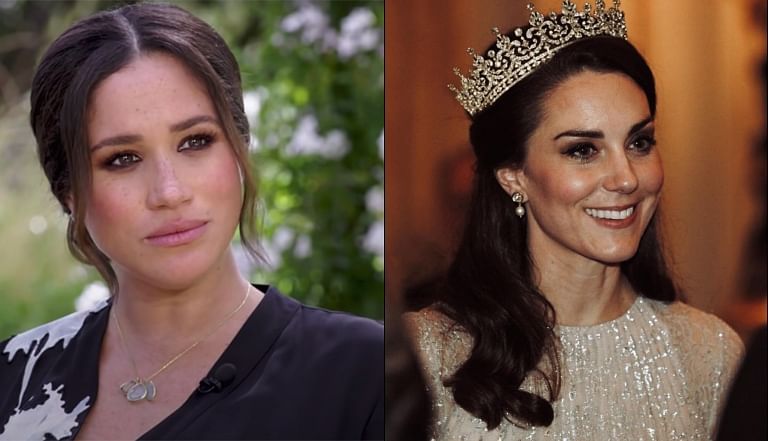