A video of Thakur’s statement has gone viral on social media with the opposition Congress criticizing her statement.
Staff Reporter 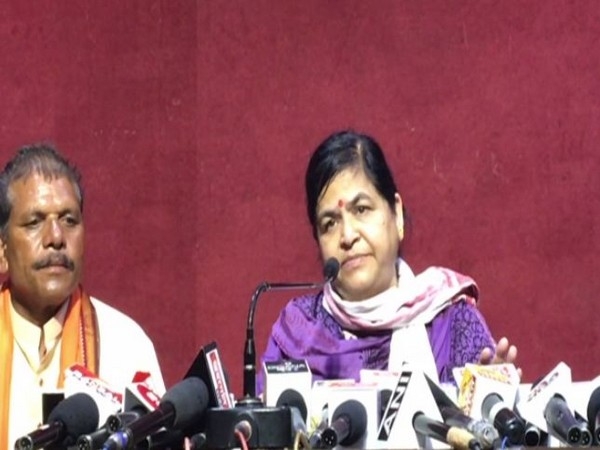 Indore (Madhya Pradesh): Amidst scare of new Omicron variants of COVID-19, the cabinet minister for Tourism and Culture Usha Thakur has come up with a 'strange idea' for curing people.

A video of Thakur’s statement has gone viral on social media with the opposition Congress criticizing her statement.

According to reports, Thakur was talking to journalists in Indore on Wednesday, when she, while replying to a query, said there were no corona related restrictions in the state, so far. “Nothing will happen, everyone is healthy. You will be surprised to know that people are curing themselves with tabeez of Tantya Mama. He is our legend and we respect him,” the minister said.

The state government is holding a mega-function at Patalpani to mark the death anniversary of freedom fighter Tantya Bhil known as Robin Hood of India’s freedom struggle.

As the video of the minister's statement went viral, Congress attacked her saying the government should have lifted all corona restrictions. “After minister’s statement, Chief Minister Shivraj Singh Chouhan led government should also abolish the vaccination drive and lift all the COVID-19 restrictions,” Congress Spokesperson Narendra Saluja tweeted.

The minister could not be contacted for comment on her statement.