A special team was constituted led by SP Satyendra Kumar Shukla to probe the case.

Ujjain (Madhya Pradesh): Police have claimed to have solved the triple murder case three days after the heinous crime took place, with the arrest of the two accused Jayram Kushwaha and Dinesh Jain. Harassed over non-payment of money, the two borrowers allegedly murdered the three members of the family - mother, son and grandson.

A special team was constituted led by SP Satyendra Kumar Shukla to probe the case. The father-son duo used to live a mysterious life and used to lend money on interest. Jayram Kushwaha, a resident of Sagar, is a vegetable vendor and he had borrowed 20,000 rupees from Rajesh Nagar. His acquaintance Dinesh Jain had borrowed Rs 2 Lakh 75 thousand and they were unable to repay the loan. Rajesh had their signed blank cheques and was threatening to harm them. Harassed over non-payment of the amount, the duo planned to murder the three members of the family around a month ago.

On April 8, the accused lured the duo on the pretext of returning the loan amount and asked them to come to Barnagar to collect their money. On reaching Barnagar, the father-son duo was taken to a secluded place where the accused put chilli powder in their eyes and attacked them with a sharp-edged weapon. Later their bodies were thrown in the bushes. The accused then went to the victim's house to collect their blank cheques and killed the old lady. Thereafter they reportedly searched in vain for their cheques and fled from the spot. Police have arrested one accused from Ujjain and another from Sagar with the help of their calls details. The autorickshaw and other materials used in the crime have also been recovered from the possession of the accused. 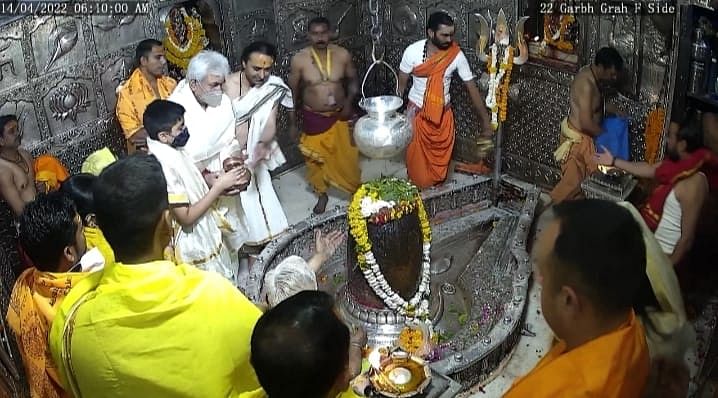