Ujjain (Madhya Pradesh): Tension prevailed in Narwar and Khokhariya for six hours here on Wednesday due to a protest arising out of the beating of three youths of Kalyanpura by the youths of a particular community in Narwar. Taking action, the SP Satyendra Kumar suspended Narwar police station in-charge KK Tiwari. Even then the angry people surrounded the house of the accused living in Khokhariya. After the strong assurance of the SDM, people dispersed from the spot at 3 pm.

Shri Ram Singh, son of Gulab Singh Chauhan, a resident of Kalyanpura, visited Narwar along with Vijay, son of Rajaram, the watchman of the village, to collect DJ and other items on Tuesday night. During this, Arif Patel and Usman Patel, residents of Narwar, attacked them. It is alleged that these persons fired in the air and used weapons to injure Shri Ram, Vijay and Ramkishan, son of Harishchandra Prajapat.

When the three badly beaten people reached Narwar police station, the policemen sent them back instead of registering the report. On Wednesday morning, villagers and activists of Hindu organisations started gathering and they first gathered at the police station and then blocked Dewas Road. There were queues of vehicles formed up to a kilometre away and people continued to be harassed. STF and officers were sent from Ujjain as soon as information of chakka jam was received. SDM Govind Dubey took matters in his hand along with DSP Santosh Kaul.

People demanded suspension of the TI and effective action against the culprits. In view of this, TI KK Tiwari was immediately suspended and a case was registered against the culprits under sections of murder and rioting. Despite this, anger of the people did not subside and they reached Arif Patel’s residence in Khokhariya and surrounded the house for about two hours. Arif’s family had fled by then. SDM Govind Dubey reached there and pacified the angry mob. 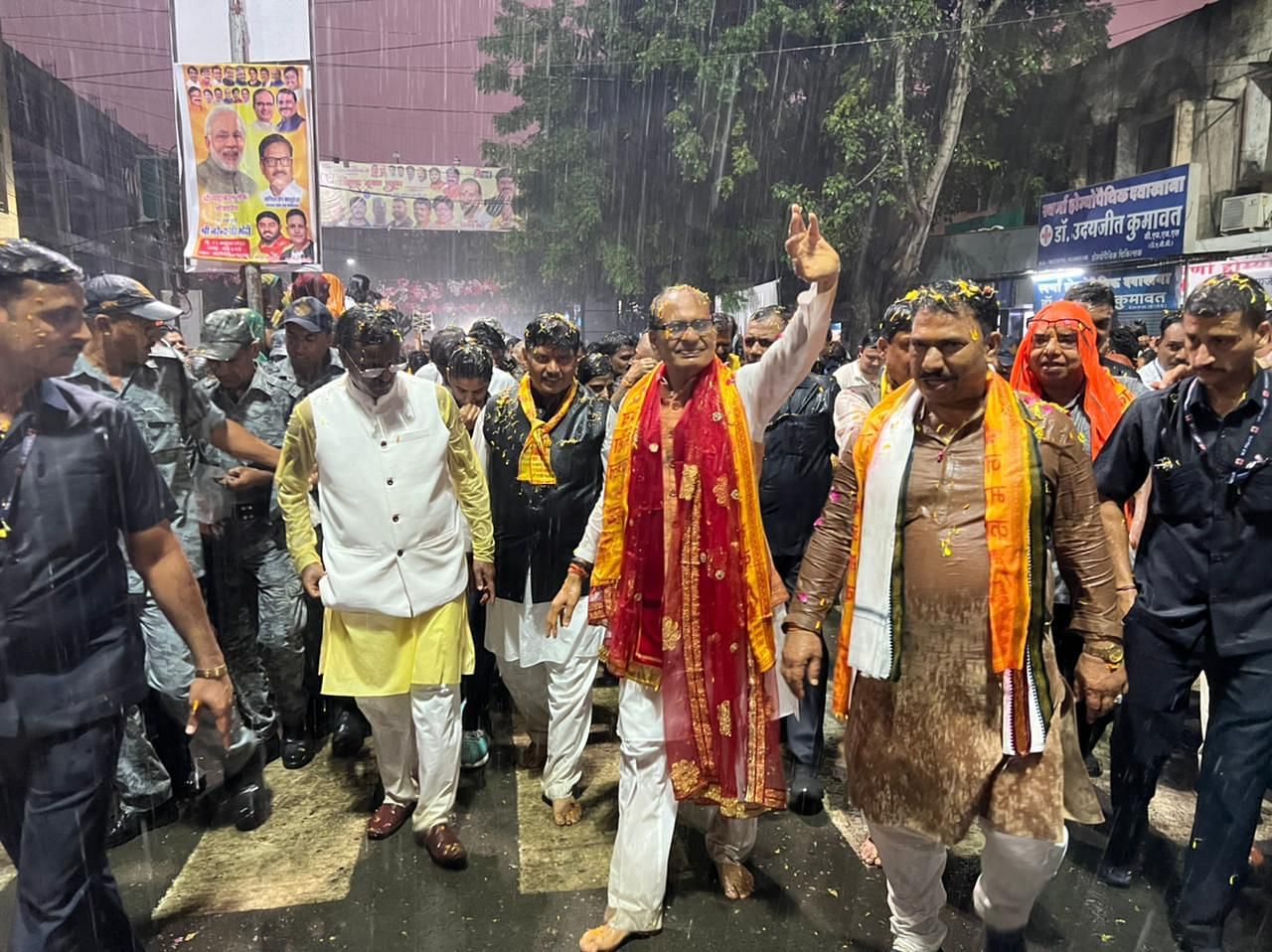