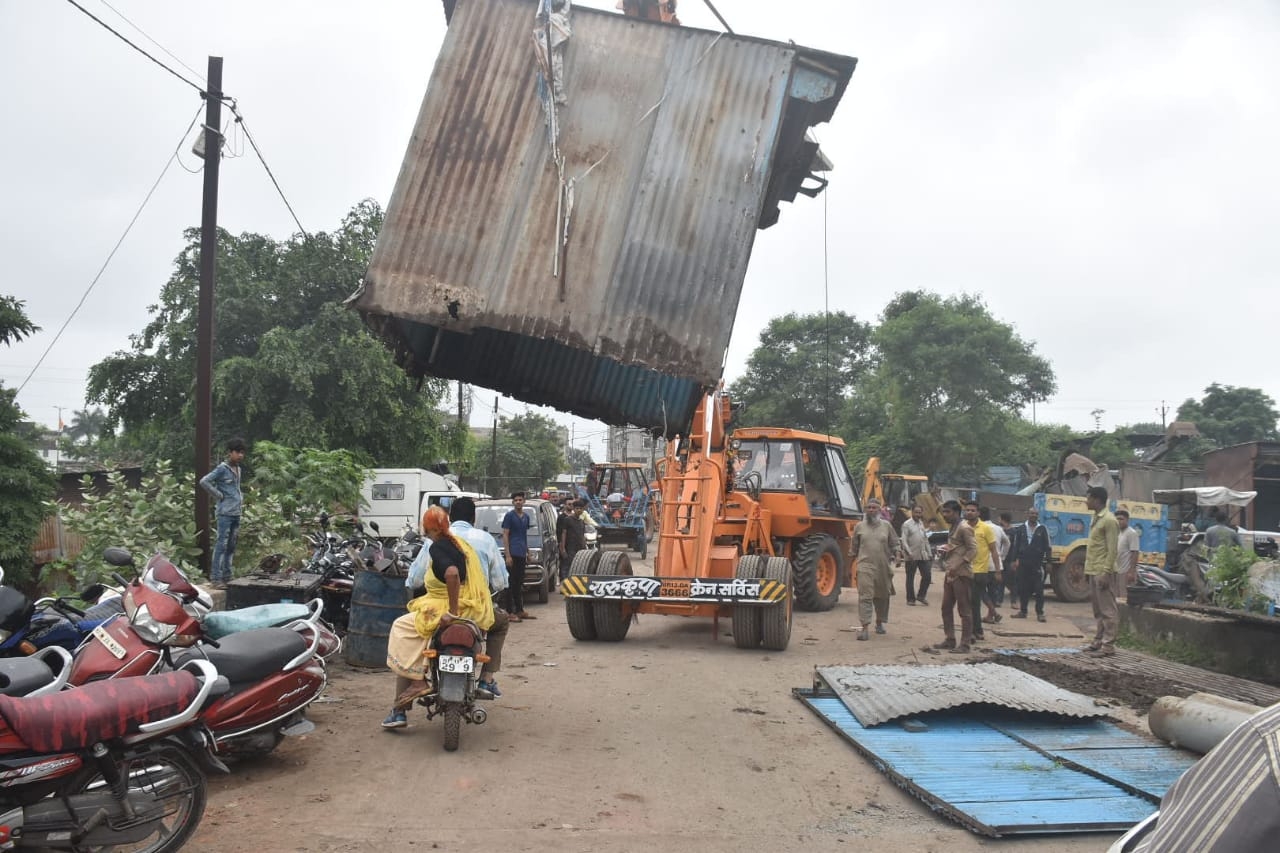 According to Additional District Magistrate (ADM), Narendra Suryavanshi, the encroachment was removed from government land following the High Court’s order.

“Over 150 people had developed their makeshift shops encroaching nearly 2 hectare government lands. They were earlier severed notice to remove their shops, but they approached the court. The court had given them 40 days’ time to empty the government land, but they didn’t follow the court’s directives. Therefore, today we removed their shops,” said an officer.

Commissioner Ujjain Municipal Corporation, Kshitiz Singhal said that a garden, walk zone, parking and some other infrastructures were proposed to develop on the land under Smart City plan. “The ghat of Kshripra river would also be developed,” he said.