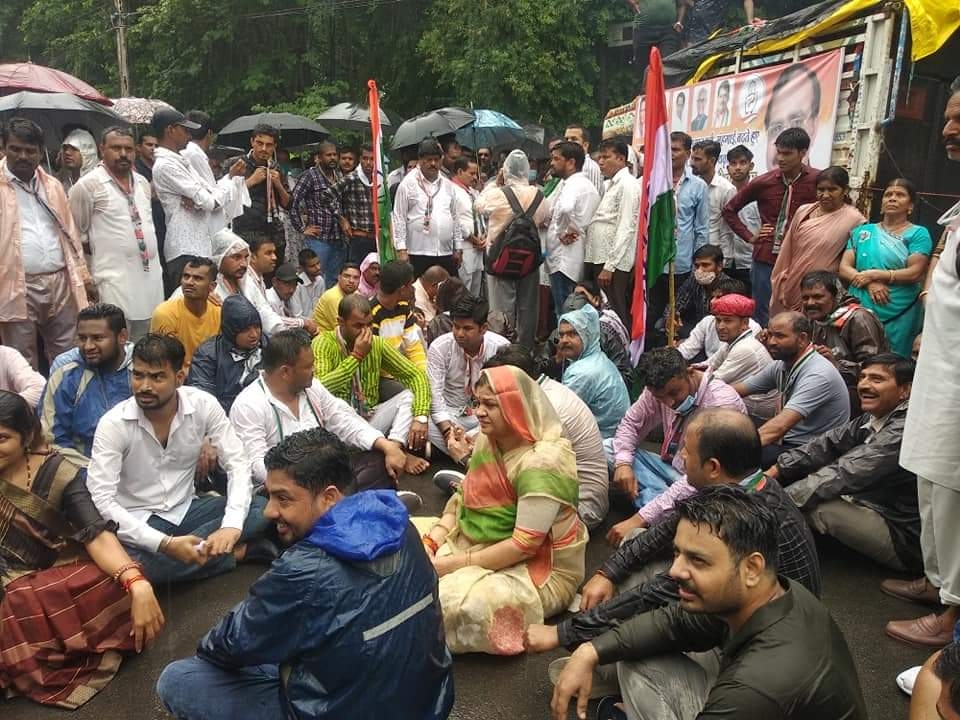 Ujjain: Amid the rain, the Congress workers staged a demonstration on Tuesday over the condition of the Ujjain-Agar road. Congress workers in large numbers accompanies MLA Ramlal Malviya who took out a yatra from Ghattiya through the potholes of Agar Road. Holding umbrellas, Congress workers stood on the platform. They raised the issues of failure of the BJP government including farmers not getting crop insurance amount, soybean crop failure, Covid-19 mismanagement, inflation and inflated electricity bills among others.

The condition of Ujjain-Jhalawar Road, which has been converted into a National Highway, has gone from bad to worse. MPRDC used to maintain the road when it was a state highway, but after the road was handed over to NHAI, this work has stopped completely. NHAI is going to convert the road to four lane but the condition of the road has become very critical due to lack of maintenance. People affected by the road from Ujjain to Soyat are very upset. To protest this, the Congress workers started this yatra from Ghattiya on Tuesday.

Malviya was accompanied by a crowd of workers. On the way, he also discussed with farmers, labourers and traders. Everyone strongly opposed the policies of the government. Ramlal Malviya, who reached Kothi Palace at around 2 pm, was accompanied by a whole team of local leaders. He also gave a memorandum to the officials to repair the road. 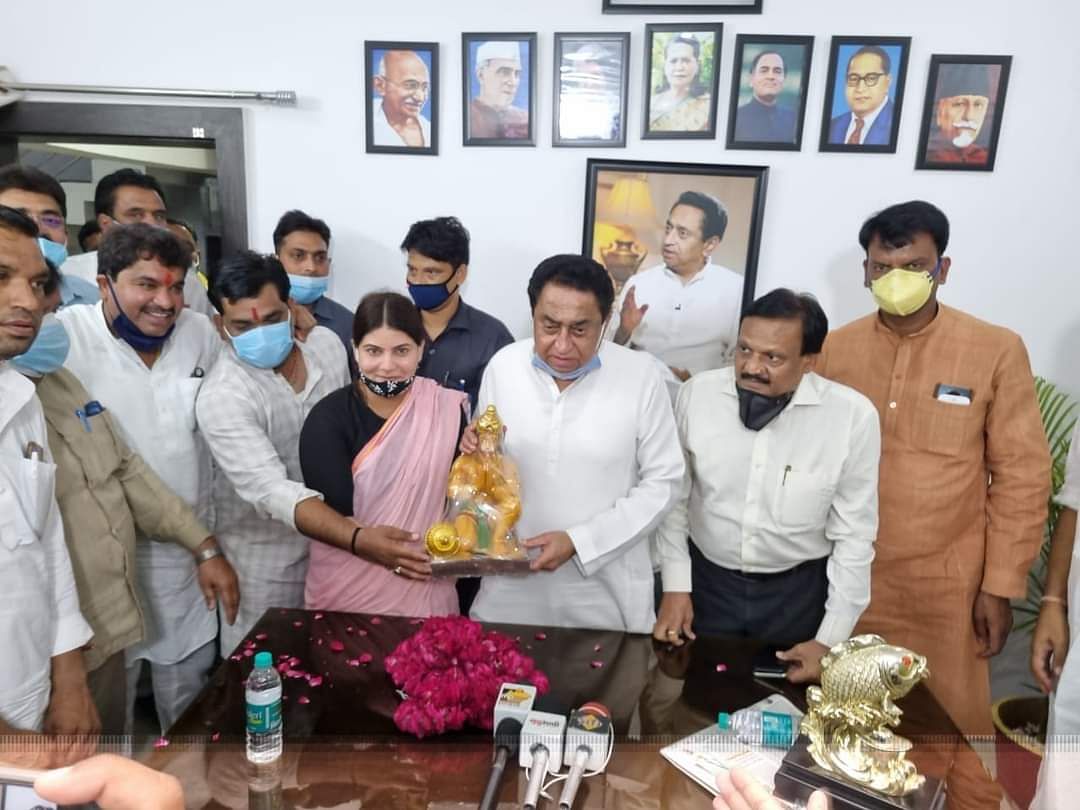