Ujjain (Madhya Pradesh): Nagjhiri police registered two more cases against the coaching class operator Mahesh Pandey, who extorted money from seed traders with the help of RTI information. In the first case, the court has remanded Pandey to police custody till September 27.

Seeds trader Govind Jha, who lives in Mahakal Vanijyik Kendra, has filed a case against coaching operator Mahesh Pandey for extorting Rs 8 lakh 22 thousand. Jha operates a shop named Kusum Agro Seeds Corporation in Nagjhiri area. He gets the seeds prepared from the farmers and sells them. Pandey had threatened Jha and got the extortion money in his own account and that of his father Jagannath Pandey, alleging irregularities in seed production. Mahesh Pandey was taken into custody by Nagjhiri police in this case on Saturday evening. He was produced before a judge on Sunday, from where he has been remanded for two days.

On Sunday, Rajendra son of Ramkishan Rajput, a resident of Basant Vihar, who runs Dollar Seeds Agritech Agency in Nagjhiri Industrial Area, also filed a case of blackmailing against Mahesh Pandey. According to Rajput, he has taken Rs 5 lakh rupees till now and was demanding Rs one lakh a month. A similar complaint was made by Narayan son of Atmaram Choudhary living in Rishi Nagar Extension. He also operates a shop in the name of Haldhar Agri-Business in the Nagjhiri Industrial Area. Mahesh Pandey had demanded Rs 5 lakh every year accusing him of selling fake seeds. After these two complaints, the police have registered separate cases under Sections 294, 341, 386 and 506 of IPC.

It is learnt that this whole matter is related to the preparation of fake seeds. Not only in the district but fake seeds are also being prepared in the entire state. These seeds are prepared and sold only on paper. Businessmen associated with the ruling party are reportedly involved in this business. They are doing this work through a racket. After getting information about this racket, Mahesh Pandey allegedly made it a means of earning and he started extorting money from the traders. This matter also would not have reached the police, if a big leader had not entered. Sources said that this state-level leader had tried to convince Pandey, but he did not listen and the matter reached the police.

Read Also
Ujjain: Review of Gala Event; dedication of Mahakal Corridor is a matter of reverence for us, says... 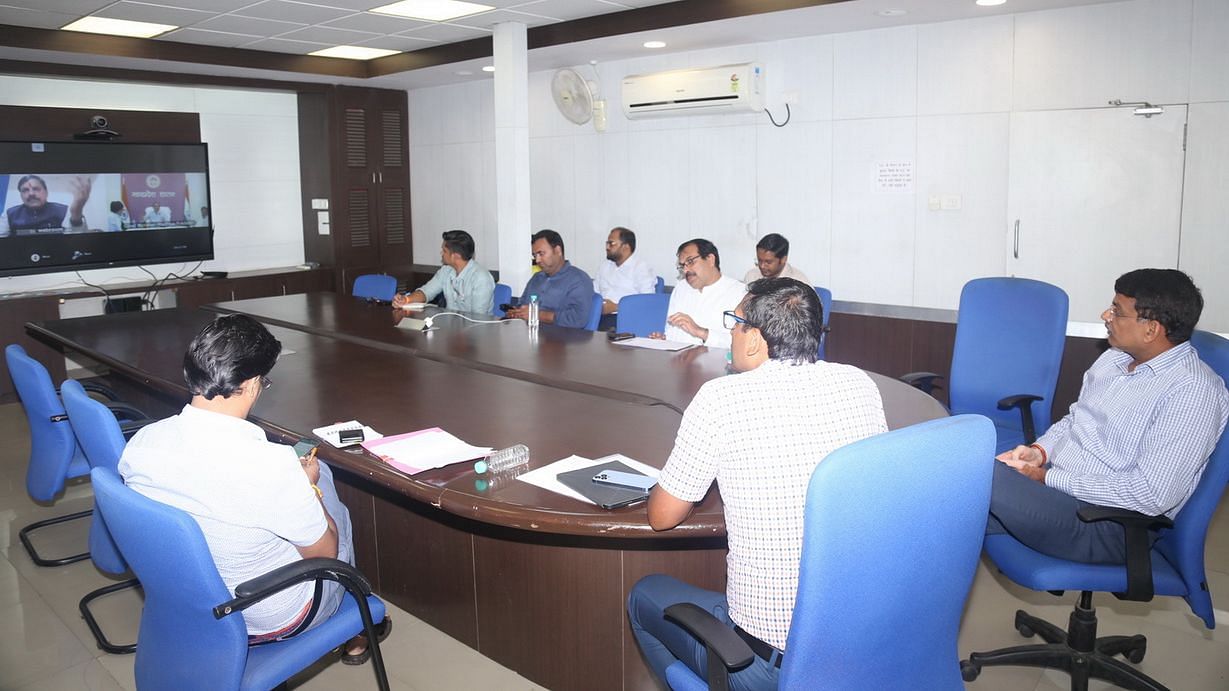