The crime was registered by the Kotwali police station

According to him, on January 1, 2018, at 10 pm he was standing at Somwariya Chauraha with his friend Golu and Kanha when he came to know that Pradeep Khatri had been stabbed by someone. Then he, Golu and Kanha went to the Civil Hospital on a motorcycle and as soon as all three of them reached the hospital, all the accused already present started stabbing Golu in the stomach, waist and back with the intention of killing him. When Kanha and the complainant intervened, the accused also stabbed him in the thigh and Kanha in the back and stomach with the intention of killing them. All of them started stabbing and shouting, ‘don’t leave them alive today, kill them.’

The crime was registered by the Kotwali police station. During investigation, the charge sheet against the accused was presented in court. Agreeing with the arguments of the prosecution, the court punished the accused. In the case, accused Rahul and Babu Tire were acquitted on benefit of doubt. In the case, the counsel was guided by deputy director (prosecution) Dr Saket Vyas, counsel Rajendra Khandegar, district public prosecution officer and Umesh Singh Tomar, ADPO gave assistance to them. 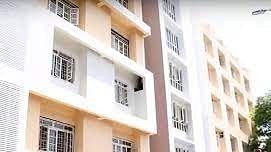