HomeIndoreUjjain: Dedication of mega corridor and after; nominal charge on visiting Mahakal Lok on the anvil

Ujjain: Dedication of mega corridor and after; nominal charge on visiting Mahakal Lok on the anvil

It was suggested in the meeting that partition should be done between the people who are coming for the purpose of having darshan of Lord Mahakaleshwar and those who want to come only to see Shri Mahakal Lok.

Ujjain (Madhya Pradesh): A review meeting was conducted by collector Ashish Singh at the administrative complex building on Wednesday to review the works to be done under the second phase of Shri Mahakal Lok. It was suggested in the meeting that partition should be done between the people who are coming for the purpose of having darshan of Lord Mahakaleshwar and those who want to come only to see Shri Mahakal Lok. Nominal fee should be charged from people coming only to see Mahakal Lok.

In the coming days, the work related to maintenance and other security of Shri Mahakal Lok was reviewed in the meeting. It was informed that soon it would be transferred to Shri Mahakaleshwar Temple Management Committee by Shri Mahakal Lok Smart City. The collector said that the stones installed at some places in Shri Mahakal Lok have been damaged and they should be replaced soon. Benches should be installed in Triveni Mandapam, cleanliness should be done at the parking lot and electrification work should be completed soon.

In Shri Mahakal Lok, the arrangement for security equipment like face recognition and head count to be installed in view of security was discussed. Instructions were given to get the tender done soon for the coating of idols in Shri Mahakal Lok. In the meeting, the works to be done under the second phase of Shri Mahakal Lok were reviewed. In these, works being done under underground parking and hawker area, development of Neelkanth forest, Mahakal temple’s new waiting hall, emergency entry and exit route and Rudra Sagar western road were reviewed. Under the development of Rudra Sagar western road, underground infrastructure like storm water drain, sewerage, gas pipeline, smart road with LT and HT chambers will be constructed.

The collector asked to build the chamber soon. During the review of the upgradation of Maharajwada complex, it was informed that this complex would be included in the Mahakal temple complex and would be developed as a historical building /heritage dharamshala. Its work has begun. The collector, while reviewing the renovation of Chhota Rudra Sagar, directed that the sewer line should be removed from here at the earliest and the remaining work should be completed. The work of light and sound and water screen projection shows at Rudra Sagar is being proposed by Madhya Pradesh Tourism Development Corporation (MPTDC).

Apart from this, the status of beautification of Ramghat, footbridge over Rudra Sagar, Shikhar Darshan, expansion of Triveni museum, Meghdoot forest and construction of a food area were reviewed. The collector directed to complete all the work of the second phase in 10 months. The collector congratulated all the officers on the successful organisation of Shri Mahakal Lok dedication programme. He said that from Tuesday’s events, the name of Ujjain has been recognised in the whole country. Ujjain Municipal Corporation (UMC) Commissioner Roshan Kumar Singh, CEO Smart City Ashish Pathak, administrator of Mahakaleshwar Temple Management Committee Sandeep Soni and other officials of Smart City were present in the meeting.

Urban administration minister Bhupendra Singh, who came to Ujjain to make arrangements for the inauguration of Mahakal Lok, was overshadowed by the manager of Hotel Shipra and the regional manager of the Tourism Development Corporation (TDC). Both have been removed on the orders of the MD. Singh was staying in Hotel Shipra for the last seven days. He had come for the arrangement of the inauguration programme of Mahakal Lok. During this, the service in his room was not good. In such a situation, he complained to the TDC’s managing director. Subhash Agrawal, manager of Shipra Hotel and NK Swarnakar, regional manager, have been transferred. Agrawal has been made manager of Sheesh Mahal, Orchha whereas Swarnakar has been posted in Bhopal. Bimbisar Singodiya, manager of Hinglaj Resort in Gandhisagar, Mandsaur has been made the new manager of Shipra Hotel and Ajay Shrivastava as the regional manager.

As soon as the PM left Ujjain, the team of Indore Municipal Corporation (IMC) picked up their lights and flower pots. The team worked the whole night and by noon had packed up all the stuff. The road up to Dewas-Indore Link Engineering College Road, Indore Bypass and Harifatak Over Bridge was repaired by the IMC team for the PM’s visit. This route was decorated with colourful lights. Large pots and plants were also planted on them. As soon as PM Narendra Modi left, the team of IMC removed their lights and pots. Even the dustbins kept on the roadside were taken out by the team. Now the whole road is again as deserted as before.

Over 30 mobiles stolen during PM’s meeting

A gang of thieves also visited the city during the whirlwind visit of PM Modi here on Tuesday. The gang stole mobile phones of more than 30 people. After the meeting was over, the victims reached Mahakal police station and submitted reports in return. Despite strict vigil, the mobile thieves were successful in their plan and stole mobiles of the people. During the bhajan sandhya programme of Kailash Kher at Kartik Mela Ground on the sidelines of PM’s dais, some miscreants stole the I-phone of Kher’s drummer worth about 1.70 lakh. Likewise, media person Umesh Chauhan was also among the victims whose mobiles were stolen. An accused, a native of UP’s Aligarh was also arrested by Ujjain GRP. 8 mobiles were confiscated from him. Their value was estimated to be Rs 1.23 lakh.

A lot of land has been acquired in Ujjain tehsil on the Ujjain-Garoth highway and Badnagar tehsil on Dewas-Badnawar four-lane highway. But the farmers got only half of the market price whereas in land acquisition there is a provision to pay twice the market price. Many farmers have got little money for their tubewell, housing building, construction or other structures or have been left out. The villagers, whose houses have gone for acquisition, did not get even enough compensation to buy a plot. Most of the farmers in the district are distressed. Farmers’ representative Ajendra Trivedi said that on the arrival of the Prime Minister, a delegation of farmers of the district under the leadership of former IAS officer Dr Hiralal Trivedi submitted a memorandum to the officer of the Prime

Minister’s staff and uploaded a copy on the Prime Minister’s portal. In which a team of officers from the central government has been sent to conduct an investigation and demand for enhancement of compensation has been made. 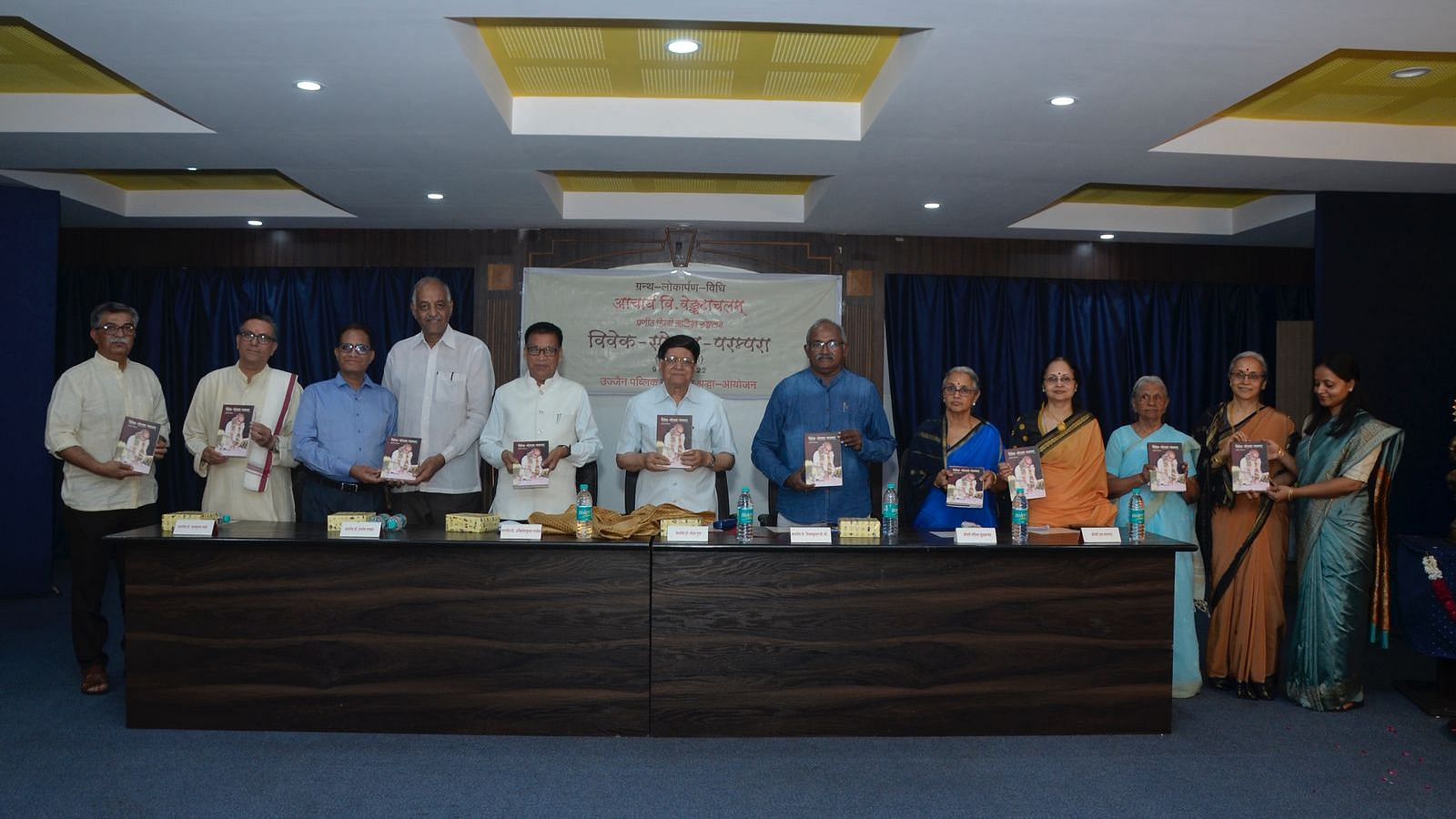 Indore: Industries to comply with EPR guidelines of NGT