Community toilet is lying idle even after spending lakhs of rupees. With only Sulabh Shauchalaya available near the temple, devotees, especially women, are facing inconvenience for a long.
Abhay Sarwaikar 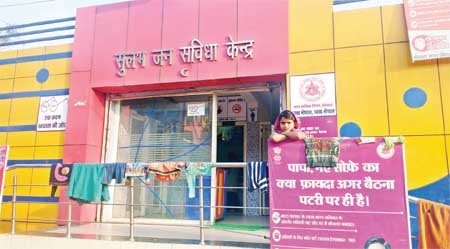 Nalkheda (Madhya Pradesh): At a time when the Central and the state governments are leaving no stone unturned to ensure that each and every village becomes open defecation free (ODF), hundreds of commuters and devotees are forced to defect in open even after the government spending a huge amount under the Swachh Bharat Mission.

According to information, more than half a dozen accessible toilets were constructed in Nalkheda village by spending huge sum of money. But for the last few years toilets and bathrooms at Sardar Patel Square of the village have remained locked. Ironically, council officials concerned are unaware of that.

The citizens around the square said that toilets were constructed by the council, but have remained mere showpiece. Most of the time council employees keep these toilets locked. They open these toilets only during inspection.

During recent inspection, they unlocked the toilets and put up banners to garner applause. As soon as the inspection team left, these toilets were once again locked.

Even cleanliness of male urinal attached to the wall of the toilet is not being taken care of. It is surrounded by dirt and garbage.

Sulabh Shauchalaya built for the convenience of the people in crowded areas are not fulfilling its purpose, especially near the Kali Mata temple as visiting devotees are forced to defecate in the open.

Being the busiest intersection of the village, there is also a large gathering of people. Due to the absence of toilets or urinals, all traders, customers and people of the crossroads are forced to go to the urinal which is in disarray, where there is no well organised place for women.

Under Swachh Bharat Abhiyan by the government, toilets were constructed by spending lakhs of rupees, but their maintenance and operation were not done in a planned manner.

And all traders, customers and people coming and going to the city square were facing the brunt of this, while the responsible officers were sitting silent.

When contacted chief municipal officer Ramchandra Sindal tried to dodged the matter saying that he was not aware of any such happening under his jurisdiction. 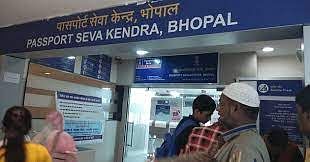 Bhopal: Jump in number of passport-seekers from state