The police said that Rashmi’s father, Rajneesh Shukla, had fallen ill and died about seven years ago

Indore (Madhya Pradesh): A lawyer from Bhopal practising law in Indore ended her life in the Lasudia police station area on Tuesday. She left a suicide note in which she mentioned that she was suffering from depression and held no one responsible for her taking this step. Her mother was in Nepal and the woman was alone in the house.

Lasudia police station-in-charge TI Santosh Dudhi, Rashmi Shukla, 29, a resident of scheme No. 78, was found hanging in her flat late on Tuesday evening. According to the police, Rashmi’s cousin, Shruti Dubey, informed the police. A suicide note was found in Rashmi’s room in which she wrote about her mental stress.

Shruti told the police that she had last spoken to Rashmi on Sunday. On Tuesday, their cousin, Nikki Shukla, called Shruti and asked about Rashmi. She told her that Rashmi was not taking phone calls. After this, Shruti went to the flat and found Rashmi dead. Rashmi had been living in Indore for almost three years. She was a resident of Arera Colony in Bhopal.

The police said that Rashmi’s father, Rajneesh Shukla, had fallen ill and died about seven years ago. He was into the property business. She also has a brother who lives in Lucknow with his wife. Rashmi’s mother, Shobha, is a homemaker who has gone to Nepal.

According to the police, Rashmi had studied law from Odisha. Later, she was practising in Indore. The police are investigating the case further. 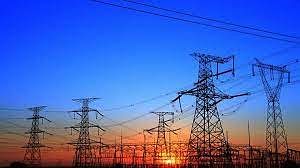