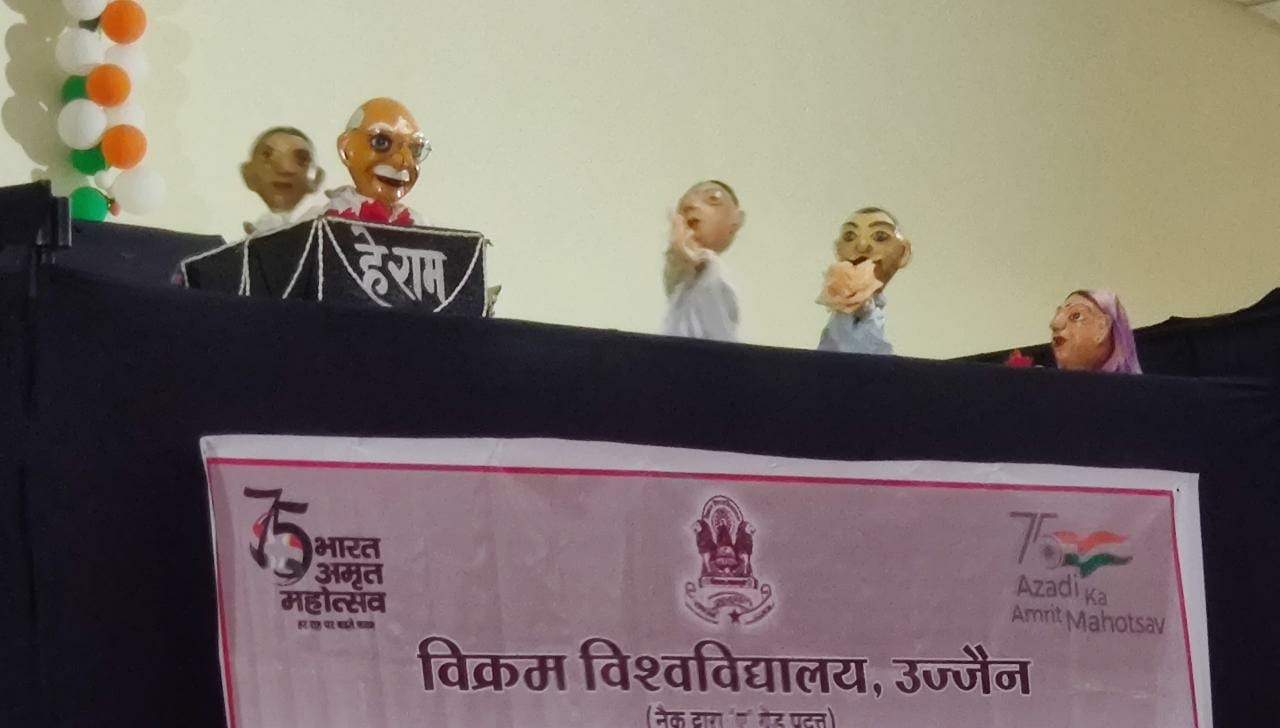 Ujjain (Madhya Pradesh): A series of events were organised at Vikram University under Azadi Ka Amrut Mahotsav in Ujjain On the eve of Gandhi Jayanti on Friday.

A puppet show brought alive the story of Mohan journey to becoming Mahatma Gandhi, the Father of Nation.

Gandhi's contribution to the Indian freedom movement cannot be measured in words. He, along with other freedom fighters, compelled the British to leave India. His policies and agendas were non-violent and his words were the source of inspiration for millions. Mahatma Gandhi was the leader of India’s non-violent independence movement against British rule and in South Africa who advocated for the civil rights of Indians.

Born in Porbandar, India, Gandhi studied law and organized boycotts against British institutions in peaceful forms of civil disobedience. Folk culturalist Dr Puran Sehgal, Manasa said so while delivering a special lecture on the freedom movement and Mahatma Gandhi on this occasion.

The programme was presided over by the vice-chancellor of the university, professor Akhilesh Kumar Pandey. The special guests were Prashant Puranik, president of National Arts Forum JP Niranjan, Puran Sehgal, Manasa and a member of the executive council Mamta Bedaw.

Azadi Ka Amrut Mahotsav is an initiative of the Union government to celebrate and commemorate 75 years of Independence.

It aims to showcase the journey of new India and celebrate the contributions of freedom fighters, including unsung heroes, of our freedom struggle through massive outreach activities.