The tribal affairs department suspended him on November 25, a day after he participated in Bharat Jodo Yatra between Borgaon and Rustampur.

Barwani (Madhya Pradesh): Rajesh Kannoje, the school teacher who is facing suspension for participating in Bharat Jodo Yatra, has received support from tribals as they submitted a memorandum to the assistant commissioner of tribal affairs, demanding to revoke Kannoje’s suspension. Tribals said that they would launch massive protest if their demand was not met within stipulated time. Kannoje, a tribal, was posted at government primary school in Kanasya village of Barwani district when he participated in Rahul Gandhi’s Bharat Jodo Yatra and even presented him a bow and arrow on November 24.

The tribal affairs department suspended him on November 25, a day after he participated in Bharat Jodo Yatra between Borgaon and Rustampur. The issue came to light after his suspension order surfaced on social media. Citing the reason behind his suspension, Assistant Commissioner Nilesh Raghuvanshi of Tribal Affairs Department said it was a violation of Rule 5 and Rule 9 of Madhya Pradesh Civil Service Conduct Rules, 1965. The Rules prohibit government personnel from taking part in political parties’ functions. Meanwhile, the local tribals accused department of harassing the school teacher and said action taken against him was inappropriate. They termed the action as a partial attitude of the department and government. “If government employees participate in government rallies and lift flags and banners, then everything is fine and if any government employee participates in other political events, then it’s a violation of norms,” tribals said.

Assistant commissioner Nilesh Raghuvanshi has justified the action and said a government school teacher cannot take part in a political event. Worse, he posted suspension orders on social media to mount pressure on the department. Raghuvanshi added that if he did anything wrong, then Kannoje could appeal before the higher authorities as everyone had the right to present his or her side. “Restoration of Kannoje is not possible, as of now,” Raghuvanshi said. 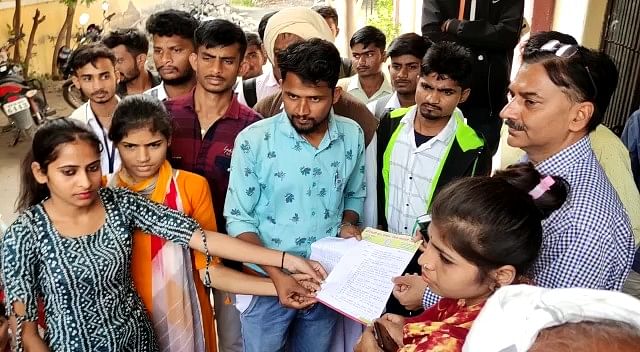