Under this offer, consumers can avail 5 percent extra petrol at a cost of Rs 100 and 10 percent at between Rs 200 to 500. This offer was in force till Dussehra on Friday.
PTI 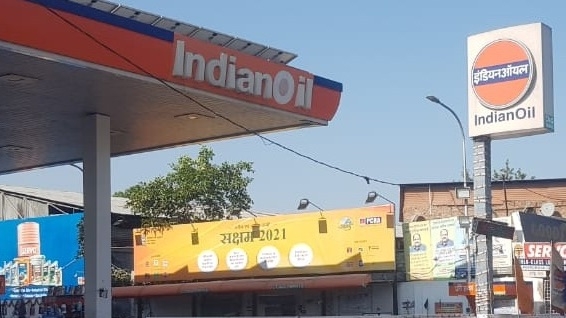 Betul (Madhya Pradesh): A petrol pump owner in Madhya Pradesh's Betul announced a special offer for customers after his niece, who is speech and hearing impaired, gave birth to a daughter.

Shikha, daughter of Gopaldas Sainani, the late elder brother of pump owner Rajendra Sainanit, has been deaf since birth.

Her father had died due to an illness several years back and since then, her uncle took care of Shikha as his own daughter, and got her married with much pomp and splendour. Shikha's husband, who lives with her in Jhabua district, is also deaf by birth.

Sainani had taken a vow that since his niece was deaf and dumb, he would throw a lavish wedding reception for her. When Shikha gave birth to a daughter, the entire family distributed sweets and the very next day, they named her daughter as 'Dhvani'.

As a gesture of happiness on the birth of the girl, Sainani announced he would provide additional petrol to consumers from 9 a.m to 11 a.m. and 5 p.m. to 8 p.m. at a special price.

Under this offer, consumers can avail 5 per cent extra petrol at a cost of Rs 100 and 10 per cent at between Rs 200 to 500. This offer was in force till Dussehra on Friday.