Identity of informer to be kept confidential.
FP News Service 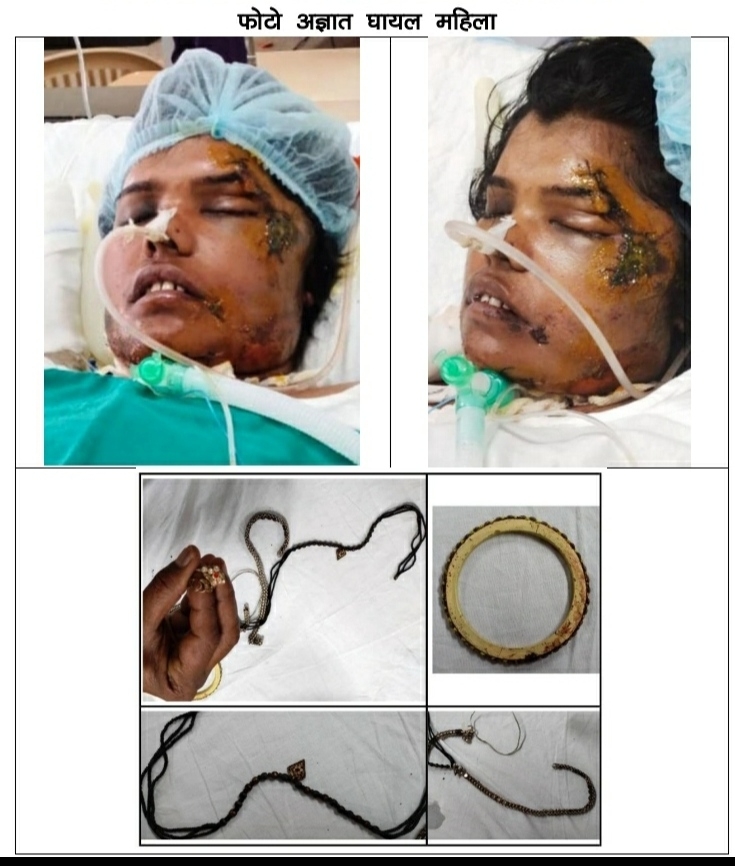 On August 22, an unidentified injured woman was found unconscious in forest of Ghusat village near Dhurada valley under Hatpipliya police station. Her head and mouth were bloodied indicating that someone had tried to kill her by hitting with stones.

The police registered a case under relevant sections of the IPC and investigation is underway. However, the police are yet to ascertain the identity of the person accused of injuring the woman.

In a bid to identify the accused, ADG and IG Ujjain Zone have announced a cash prize of Rs 30,000. Name and address of the informer would be kept confidential. The unknown woman is of dark complexion, about 5 feet in height, black hair and is wearing red blouse and cream colour sari. She is aged between 30 to 35 years.