According to information, the tragic incident was reported at Dongargaon village, about 17-kilometre away from Burhanpur district headquarters.

Burhanpur (Madhya Pradesh): One person who had gone to bathe his bulls drowned in a ballast quarry in Burhanpur district on Friday morning. Two persons were rescued with the help of villagers.

According to information, the tragic incident was reported at Dongargaon village, about 17-kilometre away from Burhanpur district headquarters.

The deceased was identified as Mahesh, son of Baliram, while Santosh, son of Neemchand Panwar and Pawan, son of Dayaram, who started drowning in their attempt to save Mahesh were somehow rescued by villagers.

Villagers informed that at around 7 am, Mahesh and two others went to the ballast quarry along with their bulls to bathe on the occasion of the Pola festival in the region.

According to the villagers, there is a big ballast mine near Dongargaon Phate. This mine has been closed for a long time. There is no wire fencing either. Due to the crater here, a lot of rainwater has accumulated.

People who were standing near the ballast mine raised alarm and saw a large crowd of people gathered.

Demand for immediate closure of quarry

After the incident, a pall of gloom descended on Dongargaon village. There is silence in the village on the day of the festival. Everyone is inconsolable after the incident.

The villagers have demanded from the district administration that the quarry be closed immediately. They say that the accident happened due to negligence. The mine should be filled immediately so that next time there is no such harm to life and property.

No security, fencing around quarry

Congress spokesperson and councillor Ajay Udasi said that the mining department should mark all such closed mines in the district and give notice to them so that no such work is left unfinished. He said the officers of the mining department should visit the entire district and take action against such abandoned mines and quarries so that no such incident is repeated in the future. Notice should be given for levelling of such quarries and in case this is not done, the owner of the mines/quarries should be held accountable. 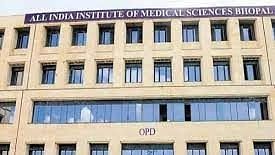