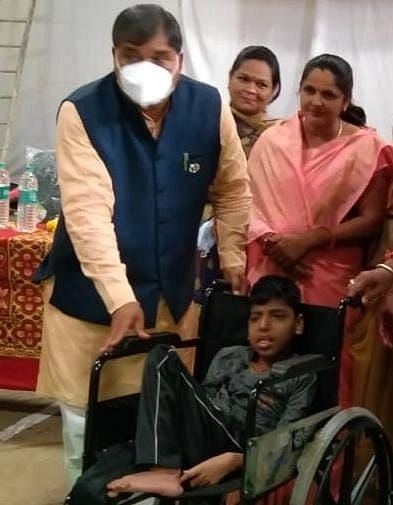 As per the instructions of the Chief Minister, on the birthday of the Prime Minister Narendra Modi, a service programme was organised jointly by the Janpad Panchayat and the Municipality. In the programme, 15 handicapped beneficiaries of municipal and district areas were distributed wheelchairs, tricycles, crutches, hearing aids by MLA Bahadur Singh Chouhan. During this, Uma Pandey, Annu Parmar Devendra Uddhav, Shiromani Mehta and others were present. Programme was conducted by Swastik Thakur.