After municipal council elections, BJP including one unopposed victory, emerged victorious in 12 wards, while two independent candidates and one BSP candidate were declared winners in their respective wards.

Since then, there was a lot of permutations and combinations for the post of the president.

In order to avoid any defection in the party, the BJP had sent its councillors to other places. two votes. 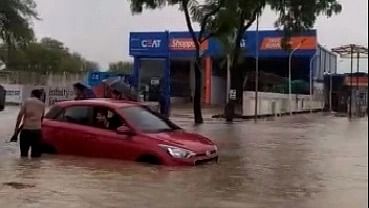