Barwani (Madhya Pradesh): Participating in Rahul Gandhi’s Bharat Jodo Yatra and presenting him a bow and arrow cost a primary school teacher dear as he was suspended by the district assistant commissioner for this. Rajesh Kannoje, is a teacher posted at a government primary school under the state's Tribal Affairs Department in Kanasya village of Barwani district. He was suspended on November 25, a day after he participated in the Bharat Jodo Yatra between Borgaon and Rustampur and met Rahul Gandhi and presented him with a bow and arrow. The issue came to light after his suspension order surfaced on social media. 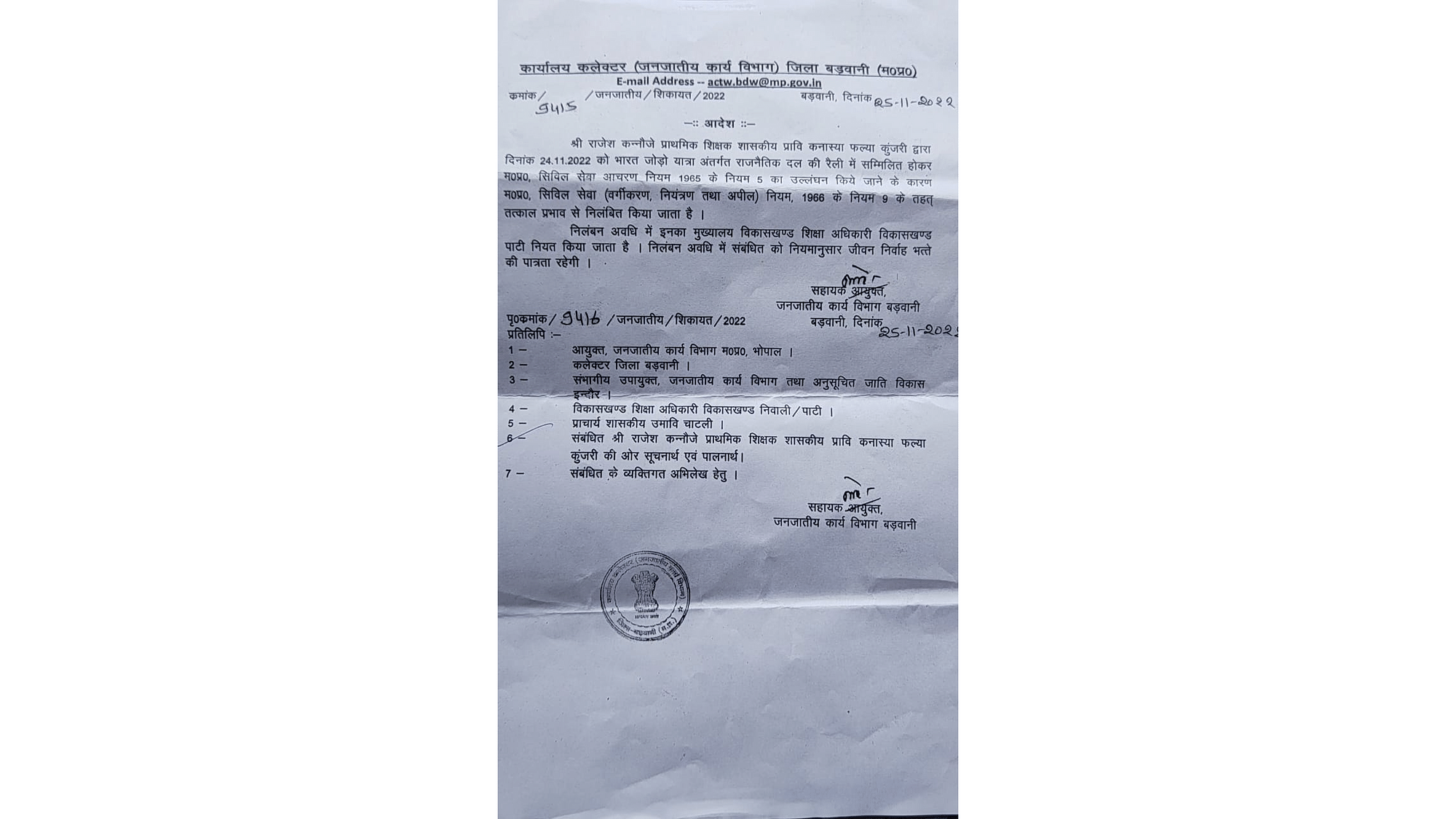 "Kannoje was suspended for violation of service conduct rules and attending a political rally. He had sought leave citing important work but he posted photographs on social media after attending a political event," Assistant Commissioner Nilesh Raghuvanshi of the Tribal Affairs Department said. It has been mentioned in the suspension letter that due to violation of Rule 5 of Madhya Pradesh Civil Service Conduct Rules 1965 by participating in the rally of a political party under Bharat Jodo Yatra and Rule 9 of Madhya Pradesh Civil Service (Classification Control and Appeal) Rules 1966, he is suspended with immediate effect. Meanwhile, politics over suspension has intensified in this tribal-dominated district. Former home minister and Congress MLA Bala Bachchan raised questions over Kannoje’s suspension and claimed that his suspension is politically motivated. Bachchan said Bharat Jodo Yatra and Rahul Gandhi have given Shivraj Singh Chouhan sleepless nights. Bachchan questioned government employees' or officials' participation in the BJP political events and asked the government how many employees have been suspended so for participating in BJP programmes. Meanwhile, an attempt to contact Raghuvanshi to get his comment on the entire issue, failed as he refused to talk to the media. 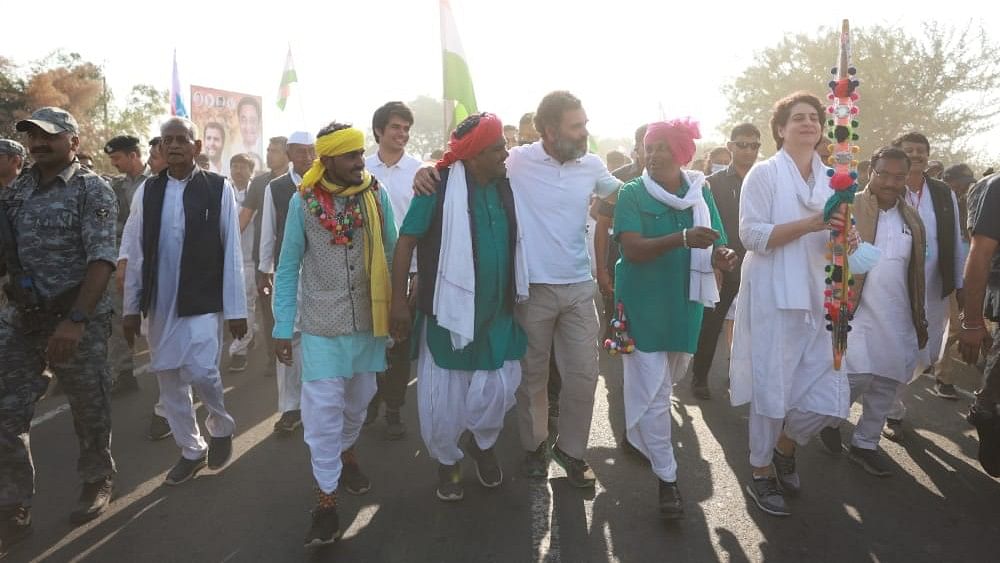