Interestingly, the accused had used a mobile phone application to change his voice to demand ransom from his father
Staff Reporter 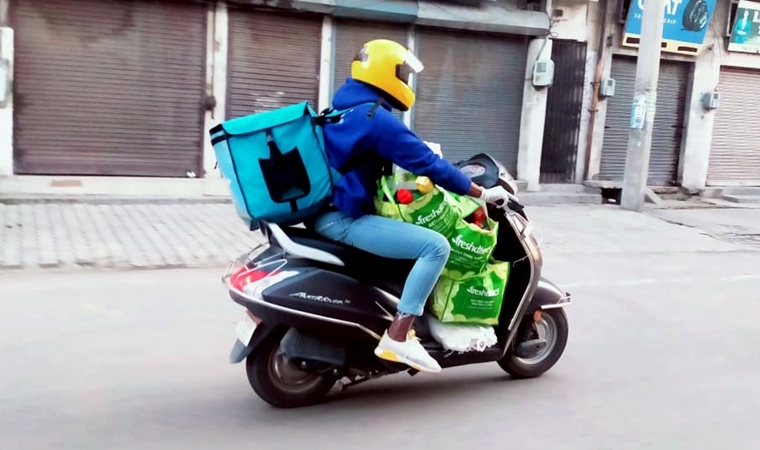 Indore (Madhya Pradesh): A delivery boy of an online food delivery company was caught by the police for cooking up a false story of his own abduction to get money from his father in the Dwarkapuri area on Wednesday. Interestingly, the accused had used a mobile phone application to change his voice to demand ransom from his father. He wanted to repay his loan. However, the police are questioning him.

Dwarkapuri police station-in-charge Satish Kumar Dwivedi said the incident took place in the Dwarkapuri area of the city. The youth, named Deepak Chouhan, a resident of a village in Khandwa district, was staying in the city for a few months. He is employed as a delivery boy with an online food delivery company here. Posing as an abductor, the accused made a phone call to his father saying that he had “abducted Deepak and would release him after getting Rs 25,000”.

After the call, his father was shocked. He immediately informed his elder son (Deepak’s brother), who also lives in the city. The elder son reported the matter to the police late on Tuesday night. After the incident, the police registered a case of abduction against an unidentified person and launched a search for him. Dwivedi said that, tracking the mobile phone location and further details, Deepak was caught from the Teen Imli area within six hours of the report.

Deepak informed the police that he had reached the city a few months ago and started a job with a physiotherapist in the city. Later, he started working as a delivery boy. He had taken a loan of Rs 25,000 from a financial company, but was unable to repay it, so he plotted to wrangle money from his father in this way. With the help of a mobile phone application, the youth had made a phone call to his father and had spoken in a different voice to mislead him.