Birla had registered a plot, but the registrar was reluctant to provide him the registered documents of the same.
FP News Service

Birla had registered a plot, but the registrar was reluctant to provide him the registered documents of the same. He alleged that an intermediary document writer Jairam Chaudhary and one Rahul told him that our boss wants Rs 1,500 for the work.

When Akash took up the matter with the registrar Verma he was in for a shock as he demanded Rs 2,000 alleging that he also have to share the bribe money with his higher-ups.

When Birla said that Rahul has asked for Rs 1,500, Verma responded that it wasx the old rate but he will mange with it.

Akash shared this issue with a BJP leader Vijay Jain, who asked him to shoot a video of the bribe negotiation and to lodge a complaint with Indore Lokayukta.

Birla alleged that the registrar has told him that he will not provide him the registry until he pays the bribe amount.

Birla added that the registry was to be done in July, but due to Verma and his associates, he had to pay Rs 25,000 extra.

Lokayukta police officer Vijay Choudhary and his team trapped Verma red-handed and booked him under relevant sections of Prevention of Corruption Act. 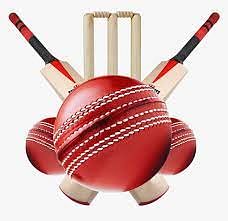