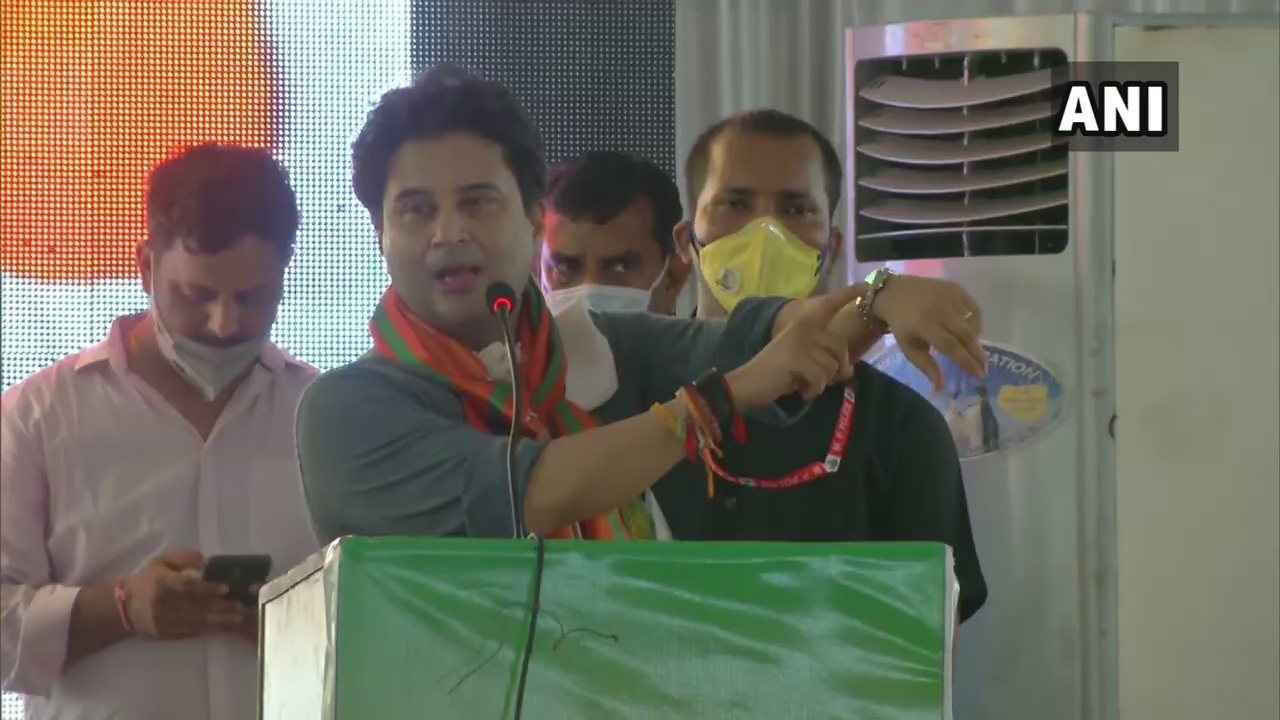 Khandwa (Madhya Pradesh): Union minister Jyotiraditya Scindia on Monday attacked Congress leader Kamal Nath stating that the latter was busy organising film awards event and getting photographed with actors Salman Khan and Jacqueline Fernandez last year while the COVID-19 was spreading its tentacles in the state.

Addressing a rally for Khandwa Lok Sabha seat bypoll, scheduled for October 30, Scindia said Nath, as chief minister in early 2020, did not hold a single meeting on the impending coronavirus pandemic.

"Nath was busy with IIFA awards meetings, He had time to get photographed with Salman Khan and Jacqueline Fernandez but did not make any effort to rally the administration to check COVID-19," Scindia said.

He said that the poor state of affairs in the Congress was known to all and that was why its members were joining the BJP, which had a robust nationalistic ideology.

Talking about his association with the Congress till the early months of last year, Scindia said Nath was doing nothing for the people.

"When I told the CM that I would hit the road (agitate) if the situation did not improve, he told me to go ahead. I not only took to streets but brought the Nath government onto the street as well," he claimed.

MLAs loyal to Scindia crossed over from the Congress to the BJP in March last year bringing down the 15-month old Kamal Nath government.

Recalling that his grandmother late Vijayaraje Scindia did the same thing with the then Congress government headed by chief minister DP Mishra in 1968, the Union minister said his family fought whenever promises made to the people were not fulfilled.

Nath had turned the state secretariat into a "den of corruption" and his 15-month rule was devoid of development, with people being denied even basic amenities, Scindia alleged.

Besides Khandwa Lok Sabha seat, bypolls are also due in Jobat, Raigaon and Prithvipur Assembly seats, with voting to be held on October 30 and results to be declared on November 2.