Indore (Madhya Pradesh): After days of oppressive heat and humidity, the weather took a U-turn as dark clouds enveloped the sky and intermittent rain lashed the city on Tuesday. The change in the weather also provided relief to the people as the maximum temperature dropped by 2 degrees Celsius, compared to what was recorded on Monday.

Regional meteorological department officials have recorded only 0.1 mm rainfall at the weather centre at the city airport, while the monitoring centre of the Madhya Pradesh Pollution Control Board recorded 1.75 mm rainfall. The total rainfall of the season was recorded at 330.1 mm (12.99 inches).

The Regional Meteorological Department said that the weather conditions would remain the same for the next couple of days and the city would witness moderate rainfall. The day started with dark clouds which enveloped the sky and it turned darker in the evening. The weather in the evening was pleasant after the rain that was coupled with a cool breeze.

“A low-pressure area lies over coastal odisha and adjoining north-west Bay of Bengal. The associated cyclonic circulation extends up to the middle tropospheric levels tilting south-westwards with a height. It’s likely to move west-north-westwards during the next 48 hours across interior Odisha, Chhattisgarh, and north-east Madhya Pradesh,” meteorology department officials said. 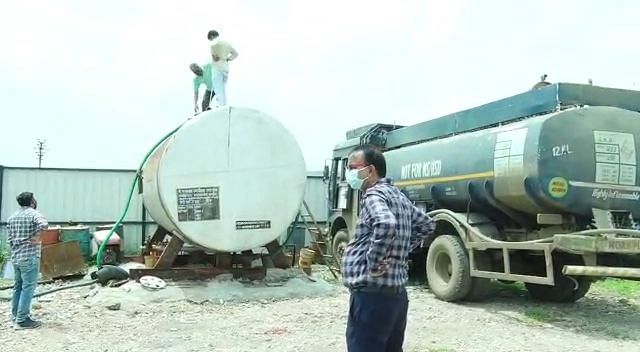