Madhya Pradesh: Administration looks away as 7 trees chopped off in Dhar

Meanwhile, concerned area patwari prepared panchnama and served notices to those who are involved in the matter.
FP News Service 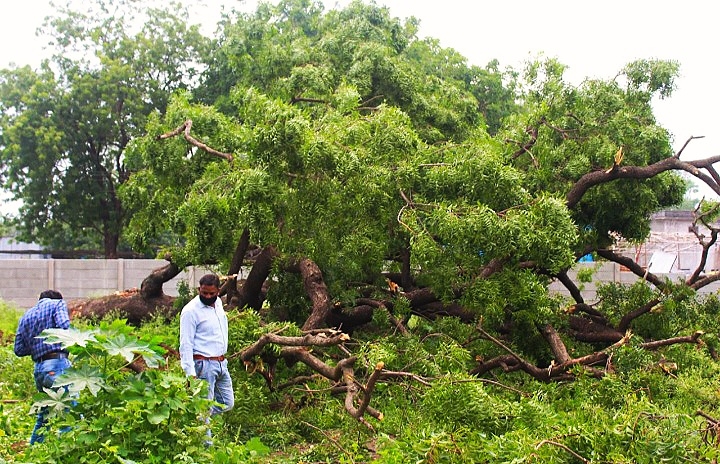 Dhar: Despite concerns being raised over deforestation in many parts of state, the pleas to protect and preserve the forest areas seem to be falling on deaf ears.

One such incident came to fore in Dhar district where seven green trees were chopped off in the name of trimming. The entire incident took place under forest department’s office in district headquarters.

Meanwhile, concerned area patwari prepared panchnama and served notices to those who are involved in the matter.

The matter was reported at Mandu road situated vacant land near to the Queens Park Colony and Darbar Garh Garden, where landowner decided to sell plots on the land. For same, land owner sought permission from municipality to trim three trees. However, when patwari and his team visited the spot, they saw as many seven trees were cut down by the workers.

When the officials reached the spot sight the workers who were ‘trimming’ the trees left their equipment and fled. When the media took up the matter with the civic body the officials failed to provide a proper response.

During investigation it was revealed that authority has given permission for trimming instead cutting down the trees.

It also came to fore that ex-BJYM city president Saket Agrawal involved in the incident, while the land is registered on the name of tent house owner and Saket Agrawal’s brother Yogesh Agrawal.

Following the involvement of former BJYM city president in the case, Youth Congress made an entry in the matter as assembly vice-president Shreejeet Tomar lodged his objection and demanded district collector to take serious cognizance into the matter.

When contacted SDM SN Darro said that a notice has been served and an explanation has been sought from the party. There is a provision of penalty unto Rs 50,000 in the case. Dhar CMO Vijay Kumar Sharma had the same answer when asked about what kind of action authority will take against those who mislead the local body. 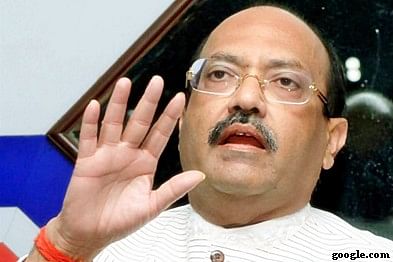