Khargone: Person murdered father after later asked him to do work for livelihood

Police informed that the incident was reported on an intervening night of Sunday – Monday at Chotti Bamanpuri village.

Khargone (Madhya Pradesh): Bamanpuri villages under Jhirniya police station limit in Khargone district witnessed a shocking incident in which a person killed his father and later hid his body in a pile of garbage outside his house. After the incident, the accused fled the spot, Jhirniya police said.

Police informed that the deceased was identified as forest department employee Sumersiya alias Sumersingh Jamrey, 53, while his accused son Thansingh is on the run.

Police informed that the incident was reported on an intervening night of Sunday – Monday at Chotti Bamanpuri village.

During preliminary investigation, it was revealed that the deceased asked his son to do some work to earn a livelihood. Enraged over this, the accused attacked his father with an axe resulting in the death of Sumersingh on the spot.

After the incident, the accused buried the body in a pile of garbage and dung outside his house.

Meanwhile, the matter was revealed after some of Sumersingh’s relatives found him and his son missing at their place. Suspecting some foul play, they informed Jhirniya police.

After getting the information, the police team searched the entire area, including his house. Failing to get any clue about the duo’s whereabouts, the team decided to remove garbage and a dung heap and subsequently they found the body of Sumersingh.

Police prepared Panchama and sent the body for the post-mortem. A case has been registered against the accused son and a search for him is going on. 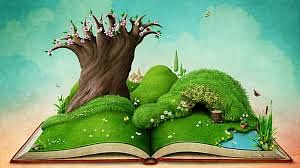 HomeIndoreKhargone: Person murdered father after later asked him to do work for livelihood