Action taken against those reached for MLC after the clash, police start investigation

Indore (Madhya Pradesh): Mahatma Gandhi Memorial Medical College administration, on Thursday, suspended 24 students involved in the clash between the day scholars and boarders in the college on Wednesday night.

Moreover, the college administration has also sent notices to the parents of these students to report before the Dean in seven days.

Surprisingly, these 24 students are the ones who reached MY Hospital for MLC after the violent clash between the boarders and day scholars.

“We have suspended 24 students from the college for 15 days. We have also asked MY Hospital administration to inform the police about the MLCs done and to take appropriate action over the same,” dean Dr Sanjay Dixit said.

He added that the involvement of these 24 students in the clash is already clear while our disciplinary committee is probing the matter and will take action against others involved in the fracas. The students suspended include both the day scholars and boarders of the first and second years.

“We have also served notices to the parents of these students to come to the college. We will inform their parents about their deeds and will also serve a warning notice to them,” the Dean said.

As many as 24 medical students were injured in the clash between the groups of boarders and day scholars. Four of them have major injuries and one has an injury in his head.

The medical students thrashed each other with canes and pelted stones at each other. The group clash initially took place near the college library and then again in the college’s parking lot.

Meanwhile, police have started investigating the incident and are recording statements of the students.

“We will identify all the students involved in the clash and record their statements. We will register a case under relevant sections after investigation,” TI Tehjib Kaji, police station in-charge, Sanyogitaganj, said. 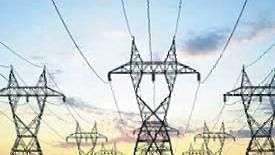