Indore: Swiftly increasing COVID-19 cases; Sub-lineages of Omicron BA.2.73 and BA.2.3 might be the reason

Indore (Madhya Pradesh): While Omicron is still the dominant variant of Covid-19 in the city, its new sub-lineages, BA.2.73 and BA.2.3, may be the reason for the sudden increase in the number of cases in the city. As many as four cases of these sub-lineages of Omicron were found in the city during the genome sequencing of samples conducted at the Shri Aurobindo Institute of Medical Sciences. Fortunately, none of the patients who were affected by the same had complications and they recovered well.

According to chairman of SAIMS Dr Vinod Bhandari, “Two new sub-lineages of Omicron’s BA.2 variant, that is BA.2.73 and BA.2.3, were found in samples of four patients. One of the patients was 70 years old, while the three others were between 40 and 45 years.”

The patient who was hit by the BA.2.73 variant had fever and infection for four-five days but he recovered well. He also had a history of foreign travel. He added that genome sequencing of various other samples were also done, but the BA.2 variants of Omicron which were already prevalent in the city were found.

Dean of MGM Medical College Dr Sanjay Dixit, however, denied having any information about new sub-lineages found in the city, but divisional commissioner Pawan Sharma reviewed the city's preparedness in facing the prevalence of the new variant of the virus.

During the review meeting, HoD of the Medicine Department at MGM Medical College Dr VP Pandey and HoD of Respiratory Medicine Dr Salil Bhargava said that the new variant would not much affect the health of people who had taken the precautionary dose of the vaccine and appealed to the people to take the doses.

Notably, the district administration had not accepted the prevalence of the Omicron variant in the city except finding nine cases of the dominant variant after the private laboratory announced its prevalence in the city.

Dr Salil Bhargava said that people must remain vigilant against any symptoms of the disease and must take treatment. ‘Some new variants, like the BA.3 and BA.4, have become variants of concern in many other countries in which the lungs are being infected. People must take the precautionary dose and continue to follow the Covid protocols,’ he added. 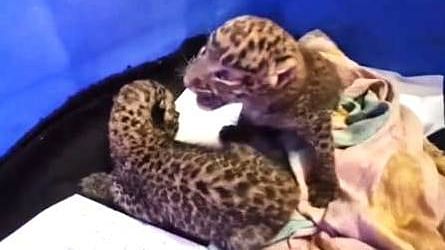 HomeIndoreIndore: Swiftly increasing COVID-19 cases; Sub-lineages of Omicron BA.2.73 and BA.2.3 might be the reason