Yoga teams from 13 states participated in it.

Yoga teams from 13 states participated in it. In the competition, Mangal Upadhyaya and Jayesh Chaudhary of Shri Vaishnav School performe brilliantly in the 12 to 14 years category.

Jayesh Kamal Chaudhary has been selected in the Indian yoga team, which will participate in the World Sports Yoga tournament in Thailand from May 7 to 8.

The Chairman of the School Management Committee, Kamalnarayan Bhuradiya and Ravi Singhi congratulated successful players for their achievement. Nilesh Ved, a former international table tennis player from Madhya Pradesh, has been selected in the All India BSNL team which will participate in the Senior National Table Tennis Championship held in Shillong, Meghalaya from April 18 to 25.

It is worth mentioning that Ved has been a part of the Indian team for the last 16 years. On the selection of Nilesh, Sanjeev Singhal, Principal General Manager of Indore, MR Rawat, President of MPTTA Om Soni, Jayesh Acharya, Pramod Gangrade, Gaurav Patel and Narendra Sharma wished him best wishes .

Madhya Pradesh scored 509 runs in 179.5 overs for the loss of 9 wickets in the first innings against Punjab in the quarter-final match of the four-day CK Nayudu under-25 cricket tournament being played at Vadodara.

In his innings, he hit 13 fours and 2 sixes. Ritesh Shakya also played a useful knock of 57 runs.

Fifties from Rohit, Garv and Shivang

Indore scored 294 for 9 in 90 overs in the first innings against Rewa in the MY Memorial Trophy senior cricket tournament being played at Gymkhana ground. Rewa won the toss and decided to bowl first. For Indore, opener Garv Patel scored 59, Shivang Kumar 51 and Rohit Gupta scored 75 runs. Rishabh Choubey took 3 wickets for Rewa. The remaining results were as follows:- 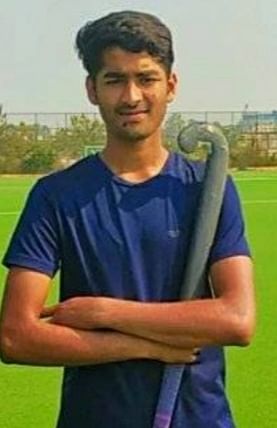 Adnan Khilji, an emerging player of Tahir Hockey Training Center, has been selected among probables of 30 players of the Hockey Madhya Pradesh Sub Junior National Team. Indore: Health Mela to be organised in all blocks on April 18-22