Indore (Madhya Pradesh): Continuing the winning streak, Indore Public School was awarded the Education Today's India School Merit Award for being one of the top 20 Day-cum-Boarding Schools in India. The school has been ranked No. 1 in Indore, No. 1 in Madhya Pradesh and No. 11 in the national level ranking for its exemplary contribution in the field of education and sports. The award was received by Principal Sudha Pandey at the 10th National Convention of K-12 Leadership and India School Merit Awards held at Bengaluru recently. A karate sports referee seminar was organized by Madhya Pradesh Karate Association. At least 180 trainers from the state participated in it. The seminar was inaugurated by Om Soni, Vice President of Madhya Pradesh Olympic Association. Ajay Bajpai (ACP Madhya Pradesh Police) presided over the function.  The seminar was completed under the direction of Harshit Vishwakarma .On this occasion, Subhash Satalkar, Ashok Sen, Narayan Chandelia, Kailash Batham, Vishwas Trivedi, Atish Mali, Monalisa Yadav were present as special guests. The vote   of thanks was proposed by   Vinay Yadav. In the first phase of the Gold Cup cash prize All India football tournament, Adivasi Academy, Young SAF. Boys and Golden Club   registered wins  on the second day of the tournament being played at Nehru Stadium on  Monday.

In the first match, Golden Club defeated Nayapura XI by 1-0. Gaurav scored the goal in the 26th minute by dodging past the defenders of Nayapura XI. In the second match, Young SAF Boys defeated Dusari  Paltan 2-0. For Young SAF Boys, Aman scored a beautiful goal in the 18th minute. In the 36th minute, Dipesh also scored a goal to give his team lead, and it remained the same till the last minute. In the third match, Adivasi Academy defeated Leaders Club 3-0 in a one-sided match. For Adivasi Academy, Rakesh Katara stunned Leaders Club by scoring goal  in the 7th minute itself. After this, Deepak Khokar scored the goal in the 18th minute and Sandeep Dangi in the 41st minute to seal the team's 3-0 victory. The Leaders Club team could not score a single goal said Dr Ravindra Rathi. 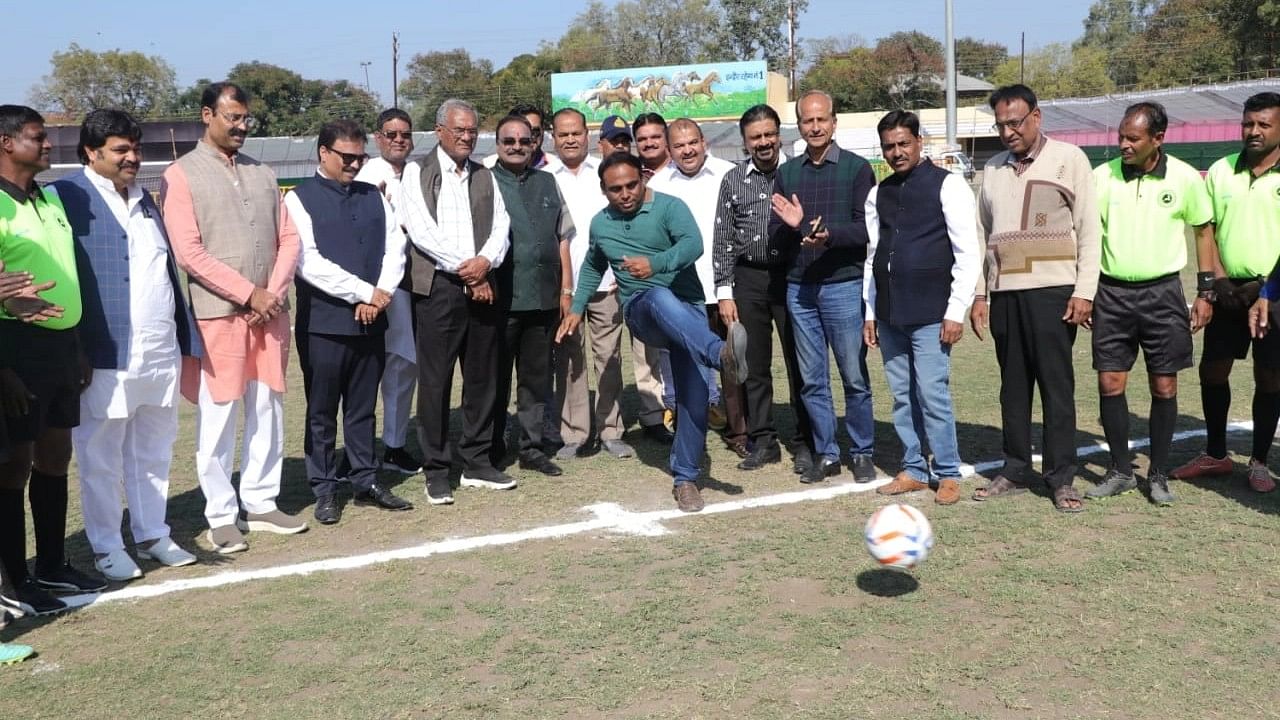