Indore (Madhya Pradesh): The issue of the controversial book by Prof. Farhat Khan of Law College Indore turns political. A few politicians have claimed have claimed that the book allegedly hurts religious sentiments. Rajya Sabha MP Vivek Tankha tweeted about the matter and said that he opposes this book under legal principles, but it is also not right that the state government started fulfilling its agendas with the help of the police. He has clearly targeted the government through the tweet.

Whereas, State Water Resources Minister Tulsi Ram Silawat made it clear that the government is doing its work, which it should do, and no culprit will be spared in the matter. As far as Rajya Sabha MP Vivek Tankha is concerned, this could be his thinking.

Minister Silawat also claimed about the Gujarat election results that the flag of victory will be hoisted by the BJP on more than 150 seats.

An FIR was registered against four persons for hurting religious sentiment in connection with a controversial book ‘Collective Violence and Criminal Justice System’ found in the library of Indore Law College at Bhanwarkuan police station in Indore on Saturday, the police said.

Bhanwarkuan Police Station in charge Shashikant Chaurasia said, “ABVP (Akhil Bharatiya Vidyarthi Parishad) student union have lodged a complaint that the book contains much such content which hurt the religious sentiments of a community. It is likely to disturb the communal harmony between the two communities, it may lead to violence.” 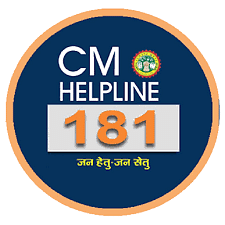