MR-10 ISBT expected to get completed by December 2022

The Indore Development Authority’s Inter-State Bus Stand at MR 10 which was slated to be completed by June 2022 has now got delayed and only 60 percent of work got completed so far and only 50 percent funds have only been provided by the agency.

The project started in September 2019.

It got affected due to Covid-19 and work remained stopped during the Covid-19 crisis. After that the work started at the end of 2020 and the IDA officials made a claim that the work would get completed by June 2022.

IDA officials said that the work is going on of the project. Only 40-percent of work is remaining which is majorly of PVC and other building electrification and other works.

According to the officials, the work is expected to be completed by the end of this year. However, only 50-percent of payment has been released and the remaining amount of the project is yet to be done.

The assistant engineer Rajesh Mahajan though said that the construction work of the ISBT is going on at a good pace.

“If no interruption would occur in the work we could complete the project in the beginning of the New Year 2023 or by the end of this year,” he claimed.

The ISBT’s bus terminal and basement work is on its final stage in structural development and other parts of the ISBT are too under process.

The project has been designed on a green building concept under which it will consist of solar panels and solar street lights. 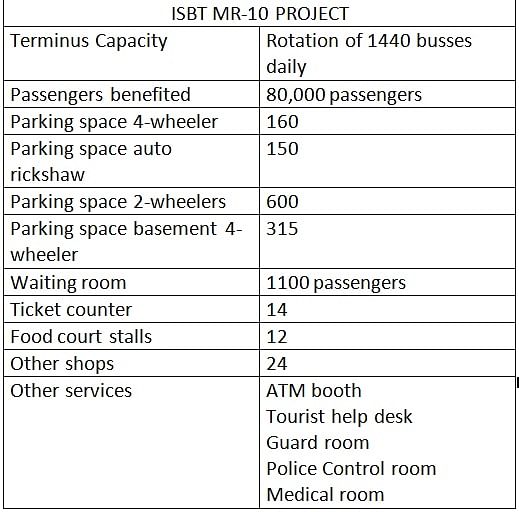