Woman alleges that accused fled with Rs 3 lakh from her house; Police deny that any robbery has been committed, four arrested

Indore (Madhya Pradesh): Some men carrying sticks entered a house and allegedly robbed a woman after attacking her in the Hira Nagar area on Saturday evening. However, the police have denied that any robbery took place and said the accused entered her house over a dispute with her son. A case has been registered against four people. They were arrested by the police on Sunday night.

The incident took place in the New Gauri Nagar area of the city around 7.30 pm on Saturday. The woman, Munnibai Chouhan, was alone at home when four people carrying sticks barged in. Two of them entered the house, while two were on guard outside. The woman alleged that she was making tea in the kitchen and heard a noise from the hall. While she was coming out of the kitchen, the accused attacked her and damaged some goods.

The woman alleged that the accused robbed Rs 3 lakh from an almirah after attacking her with a sharp weapon. However, the police said she was attacked with a stick and not a knife.

S-I Swaraj Dabi, Hira Nagar police station-in-charge, said the CCTVs of the area were checked and it was found that two of the accused had entered the house and damaged the goods. He denied that any robbery had taken place. Dabi said the woman’s son had had an argument with the accused, following which they barged into her place, possibly, to take revenge. Her son had taken some money from one of the accused a few months ago.

The accused—Rahul, Lakhan, Sandeep and Golu—were arrested and booked under Section 459 of the IPC. Further investigations in the case are underway. 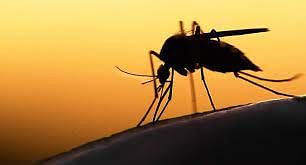