The move comes after district collector Manish Singh received a complaint that there is a strong nexus of the accused with the 17 Munakka manufacturers in the district.

Indore (Madhya Pradesh): A man connected with the bhang mafia was arrested by the police from his farmhouse in Dewas on Friday and he is being sent to the Central Jail.

The move comes after district collector Manish Singh received a complaint that there is a strong nexus of the accused with the 17 Munakka manufacturers in the district.

Munakka is supposed to be made according to approved medicinal formula and only a very small quantity of bhang is supposed to be used in it. However, smuggled bhang, which is cheaper, is mixed in large quantities in the Munakka to make it a potent intoxicant and it is consumed mainly by the poor and youth.

There are many Munakka brands that are selling in the city. As per the rule, bhang used in the Munakka should be bought only from licensed shops, but some Munakka manufacturers buy bhang illegally from the mafia and mix it with the Munakka.

Collector Singh is conducting an investigation against the bhang mafia as well as the Munakka manufacturers, including some famous names who are also involved in other white-collared business including real estate.

Manzoor Khan is also associated with a family which runs a famous bakery in the city. Khan was involved in many other criminal acts ranging from kidnapping, drug trafficking.

It has also been decided by the administration that a proposal to reduce the number of 28 bhang shops or to cancel the location of some shops should also be sent to the government and a limited number of different shops should be grouped and contracted so that in future, no well-planned and organised bhang mafia can flourish like this.

It is noteworthy that collector Singh had cancelled the contract of 28 bhang shops belonging to Manzoor a few days ago and he was booked under the Nation Security Act. 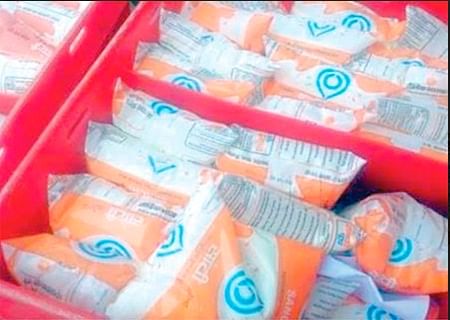