Indore: Intense rainfall in eastern parts of city, none in west

A day’s absence of rain in the western parts of the city has raised the temperature, as well as the humidity level, making the weather muggy.
Staff Reporter 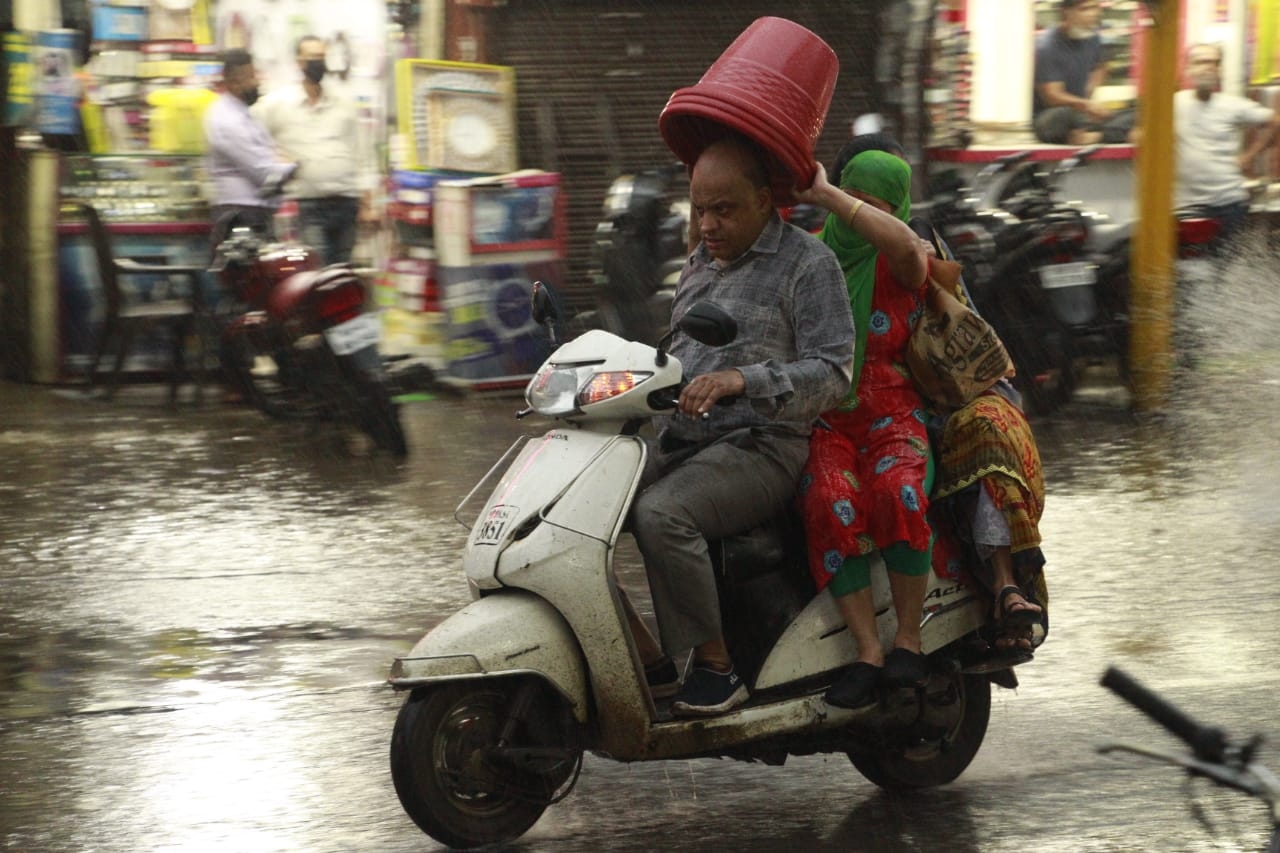 No need for helmet! | FPJ

Indore: Rain lashed the eastern parts of the city, leaving the residents of the western areas high and dry on Monday. A day’s absence of rain in the western parts of the city has raised the temperature, as well as the humidity level, making the weather itchy. Fearing the untimely end of the romantic weather rendered by several spells of rain for the past four days, people are desperately waiting for another bout of heavy rain to get rid of the sultry weather.

The Met dept said there would be no relief from the increasing humidity over the next couple of days and the temperature was expected to remain around 30 degrees Celsius at least for two-three days, while humidity would be at around 95 per cent. “The city will continue to witness light-to-moderate rainfall for a couple of more days,” Met officials added.

No relief from waterlogging

Within a few minutes of rainfall in the eastern areas of the city, the roads—especially many parts of the BRTS—were submerged. Commuters had to face a tough time passing through squares, such as MR9, Industry House, Guitar Square and others