Action was initiated six months after the district collector’s order to act against polluting vehicles in Siyaganj and other markets.

Indore (Madhya Pradesh): Breaking their slumber six months after the district collector’s order, the Regional Transport Department launched a drive against polluting vehicles in Siyaganj on Wednesday. A joint team of the RTO, Pollution Control Board and traffic police hit the roads of the busiest market in the city and checked commercial vehicles, mainly loading auto-rickshaws, for emitting pollution.

Much to the surprise of the officials, over 25 per cent of the vehicles checked for pollution emission failed the test as they were emitting more pollutants than allowed.

“We checked over 35 vehicles during the drive launched on Wednesday. We found about 9-10 vehicles were potential threats to the city’s environment. Our team has already alerted traders, while the administration officials also asked them to remove polluting vehicles from the market,” RTO Pradeep Sharma said. He added that action would continue against polluting vehicles across the city.

Meanwhile, ARTO Archana Mishra said the polluting vehicles had been seized and kept at the RTO office. “We’ll cancel the registration of these vehicles and a drive will be launched across the city soon,” she added.

Collector Manish Singh had asked officials to take action against polluting vehicles during a meeting held in March, but the officials had been sitting on the order for a long time. Singh had asked the officials also to act against vehicles that did not have a PUC. Following the orders of the National Green Tribunal, the officials directed the RTO and Pollution Control Board to check the PUC centres across the city and lodge criminal cases against the centre operators if anomalies were found.

Even after continuous rainfall in the city for the past few days, the AQI went up to 100 twice in 10 days.

Environment specialists said the AQI could rise during winter as pollutants remain close to the surface. ‘The AQI remained under 100 for the past few days due to rainfall and, now, immediate steps need to be taken to pull it down to 100 permanently,’ experts said.

AQI in city in the past 10 days 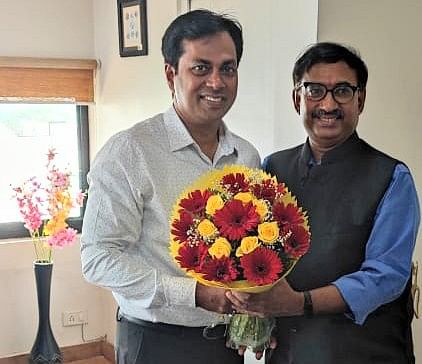