Indore (Madhya Pradesh): In Indore, girls outshone boys in Class 12 Central Board Secondary Education (CBSE) results that were declared on Friday. Bagging top positions in almost all the streams, girls made their mark stronger. Two boys also made it to the city toppers list.

The performance of Bhopal region stood below par than most other regions. In fact, it stood at 11th position out of 16 regions. The passing percentage of the region was 90.74 per cent.

Putting a stay on competition over toppers, CBSE announced that merit lists and division-wise marks will not be announced for the CBSE results to curb 'unhealthy competition'.

Indore city toppers, who are generally state toppers too, were Puneet Kaur Hora and Rudraksh Khandelwal. Both scored 99 per cent. They are both from the same school The Emerald Heights International School, Indore and are from Commerce stream.

In Science (Physics, Chemistry, Biology) the city topper was Preksha Shinde. She scored 98.4 per cent and she aims to become a doctor.

In Science with Mathematics (Physics, Chemistry, Mathematics), the city topper is Daksh Gupta with 98.4 per cent. He wants to be an engineer.

Bagging first position as Humanities topper, Soumya Mehta earned the title with a score of 98.6 per cent.

"My dad is a businessman and he inspired me. I want to be an entrepreneur. I want to develop new products. I love everything that we use in everyday life. Harmeet Singh Hora, my dad, works in finance and cosmetics. I am interested in the same. My mother (Supreet Kaur Hora) runs a business from home. I am going to Hamber College in Canada for further studies. I worked topic-wise to study. I had to give more time to accountancy," said Puneet Kaur Hora. 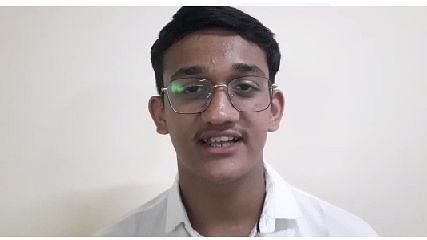 "I was just expecting 95 percent, therefore I was very happy. My parents were, however, expecting it. I was a topper in Class 10, Class 11, and now Class 12. I want to become a CA. I have always been inclined towards business over science. My father (Brajesh) and mom (Ritu) are both businesspersons. I look up to them. My alternative is politics. I want to serve my country. I never planned my studies. Some days, I would study for ten and sometimes five hours in a day," said Rudraksh Khandelwal. 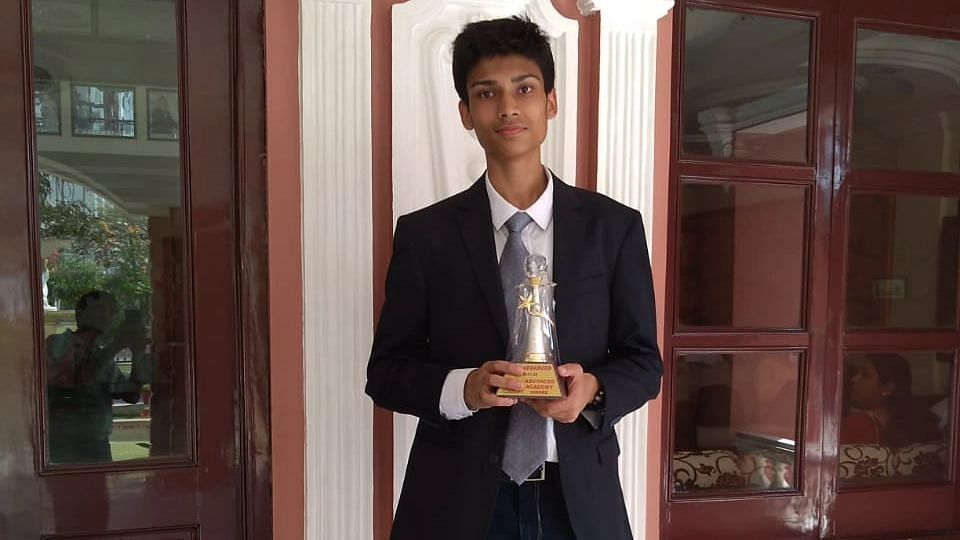 “I feel satisfied. I was expecting that 96 per cent. It is exceeding my expectations. I will attempt second round of JEE Main 2022. I had scored 99.651 per cent in the first round. I am hoping to become an engineer. My cousins are pursuing engineer from IIT Delhi. Three cousins from my paternal family are IITians. My parents (Dr Sarika Gupta and Dr Nishant Gupta) supported me. Initially, it was tough due to Covid-19 and online studies, but I coped. I didn’t have a fix studying hour or planned. I just did the best I could,” said Daksh Gupta. “I feel delighted. It is a surprise to be city topper. I want to be a public servant. I will be the first in my family. My parent (Reena and Piyush Mehta, who is in real estate business) were ecstatic. I will be pursuing Political Science in the best possible college. My family is my biggest supporter. Timing for studies varies for everyone. I always enjoyed studying humanities,” said Soumya Mehta. “I was expecting about 95 per cent. I want to become a doctor. I am inspired by my Nanu (Dr BD Khandelwal). My father (Akshay Shinde) is regional head and mother (Dipti Shinde) are my inspiration. I have seen him helping people and I like that feeling. I gave NEET. It went well. I am blessed with a supportive family. I went to school and coaching that took 10 hours and apart for that, I had 3 hours of self-study. I had to prepare subjective for CBSE and objective for NEET. During lockdown, sitting in front of the screen was very difficult. It was easy to get distracted. I often paint and listen to music to relax,” said Preesha Shinde.