Indore (Madhya Pradesh): District Congress Committee took out a foot march from Madhumilan Square to Regal Square to protest against deaths of cows in gaushalas and their ill treatment there.

During the march taken out on Saturday, Congress leaders also kept a calf on a bullock cart and shouted slogans against the government.

Senior congress leader and former minister Sajjan Singh Verma said that a case of cow slaughter must be registered against Chief Minister Shivraj Singh Chouhan for the deaths of cows in gaushalas.

“During Kamal Nath government’s tenure, an amount of Rs 20 per cow was given to gaushalas but it has been decreased to Rs 1.20 per cow in Shivraj’s government. Kamal Nath had pledged to build 3000 gaushalas in the state out of which 1000 gaushalas were built. Shivraj came in power with falsehood and cut the cow conservation money as well,” Verma said.

Former minister Jitu Patwari too targeted the government and said that the BJP government had come to power by the politics of religion but there is big difference in their statements and their deeds.

“Large number of cows died in gaushalas of Indore, Tikangarh, Chhatarpur, Bhopal and other districts but no action was taken by the government neither to conserve the cows nor against corrupt officials,” Patwari said.

District President Sadashiv Yadav said that the government must take immediate action to conserve cows or they must stop showing themselves as devotees of cows.

“BJP fools people in the name of religion and cows but the reality is totally different,” Yadav said. Large number of congress workers took part in the march and the leaders gave a memorandum to the statue of Mahatma Gandhi at Regal Square and prayed for the government's wisdom. 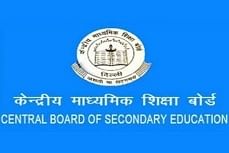